Liverpool can see off Saints 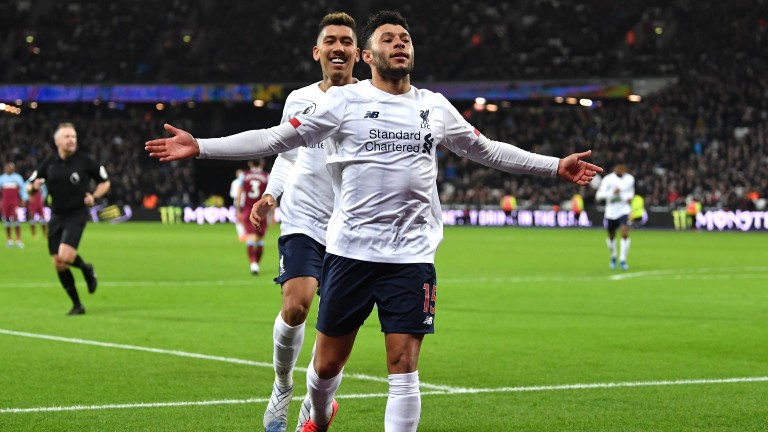 Aston Villa have a Wembley final to look forward to and they can finish off an excellent week by holding Bournemouth to a draw.

Tuesday's 2-1 success at home to Leicester was Villa's best moment of the season but they have a lot of work to do in the relegation battle, despite picking up four points from recent matches away to Brighton (1-1) and at home to Watford (2-1).

However, they head to the south coast in good spirits and can match the Cherries, who won 3-1 at home to Brighton recently.

Aston Villa have won only one of their last ten away fixtures.

Crystal Palace
Luka Milivojevic could return from suspension and Andros Townsend, Joel Ward and Christian Benteke are back in the squad after injuries. Cenk Tosun (hamstring) has joined Mamadou Sakho and
Jeffrey Schlupp on the sidelines.

Sheffield United
David McGoldrick (foot) will be assessed and new signing Sander Berge could be involved.

Crystal Palace manager Roy Hodgson described his team's 2-0 loss at home to Southampton as "a game too far" but his small squad have had a chance to recharge their batteries, giving them a decent chance of beating Sheffield United at Selhurst Park.

The Blades have been chalked up as favourites but that looks questionable, given they are only three points better off.

Palace had gone five games without a league defeat before the loss to Southampton and look decent value to post an eighth league win of the season.

Sheffield United have not scored more than once in any of their last seven Premier League games.

Liverpool & under 3.5 goals
1pt 5-4 Betway, BoyleSports
Bet on this tip with Coral

Southampton
Jannik Vestergaard has recovered from concussion but Stuart Armstrong (hip) misses out.

Liverpool seem to be in a hurry to land their first league title in 30 years and they  can stretch their lead over Manchester City to 22 points by defeating Southampton on Merseyside.

Jurgen Klopp will be wary of improving Saints, who have shot up the table from 19th to ninth after winning seven of their last 11 league games.

But Liverpool give their opponents so few opportunities and their rock-solid defence could shut out Southampton, who have failed to score on their last three visits to Anfield.

Liverpool have scored fewer than three goals in each of their last six league games but they have won all of them.

Norwich
1pt 12-5 Betfair, Betfred
Click to back this tip with Paddy Power

Norwich City
Todd Cantwell hopes to recover from a hamstring injury and Emi Buendia (thigh) is back in contention. Ibrahim Amadou (knee) will be assessed.

Norwich need to put a run of wins together to get out of trouble and can make a start by defeating Newcastle at St James' Park.

The Canaries are six points adrift at the basement but they did not look like relegation fodder when narrowly losing 2-1 at Tottenham in their last Premier League game.

Teemu Pukki calmly slotted his penalty at Tottenham and is the obvious danger to Newcastle, who demonstrated their lack of offensive quality with a 0-0 draw at home to Oxford in the FA Cup.

Norwich have scored in 12 of their last 14 fixtures.

Watford
1pt 9-5 Betfair, Betfred, BoyleSports
Click to back this tip with bet365

Watford
Danny Welbeck and Will Hughes are back in contention but Ismaila Sarr, Kiko Femenia and Tom Cleverley are not ready to return.

Watford returned to the bottom three with a bitterly disappointing 2-1 loss at Aston Villa but they have improved considerably under Nigel Pearson and can respond with a victory at home to Everton.

Home results will be key to the Hornets' survival hopes and there are signs of Vicarage Road becoming a fortress.

Pearson's side are unbeaten in six home matches and they can make it seven at the expense of the Toffees, who have posted just two away league wins this season.

Everton have won two of their last 15 Premier League away games.

Brighton
1pt 9-5 Betfred, RedZone
Click to back this tip with Hills

David Moyes had a decent start to his second spell at West Ham but the tide had turned against his side, who could suffer a damaging home defeat to Brighton.

Patience is wearing thin among Hammers' supporters, who have seen their team lose three matches in succession.

There may be a few nerves around the London Stadium and Brighton can turn up the heat with their possession-based style.

The Seagulls have not got the points their play has deserved but they look overpriced this weekend.