Alexandrova backers should be wary of qualifier Dulgheru 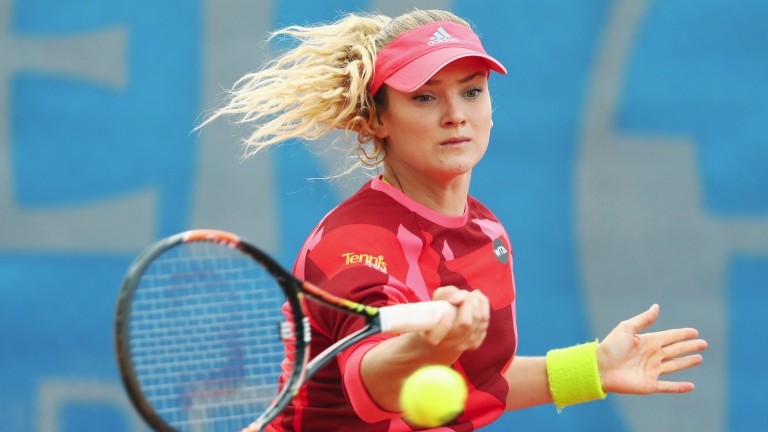 Caroline Garcia is one of the more reliable top-seeded performers when it comes to going deep in the lesser WTA tournaments.

But every player has their price and it may be worth opposing the French ace with qualifier Tereza Martincova in their WTA Gstaad Champion­ship second-round clash on Thursday.

Garcia made light work of ousting Bulgaria’s Elitsa Kostova 7-5 6-1 in round one at the Roy Emerson Arena on Tuesday.

But Martin­cova, a powerful Czech 22-year-old ranked 140th in the world, dropped only three games in thrashing promising Irina Khromacheva in her opener and there could be more to come.

Martincova can be considered at 17-10 to win a set but as it looks as if she may be able to handle herself on clay, it may be wiser to back her at 8-13 with Betway with a start of 6.5 games.

Ekaterina Alexandrova was advised outright for the WTA Bucharest Open before the draw was rearranged following the withdrawal of Wimbledon doubles finalist Monica Niculescu on Sunday night.

The talented Russian is still not without hope, but a second-round clash with Romanian qualifier Alexandra Dulgheru is not ideal so anyone consider­ing backing Alexandrova to progress to the last eight should adopt plenty of caution.