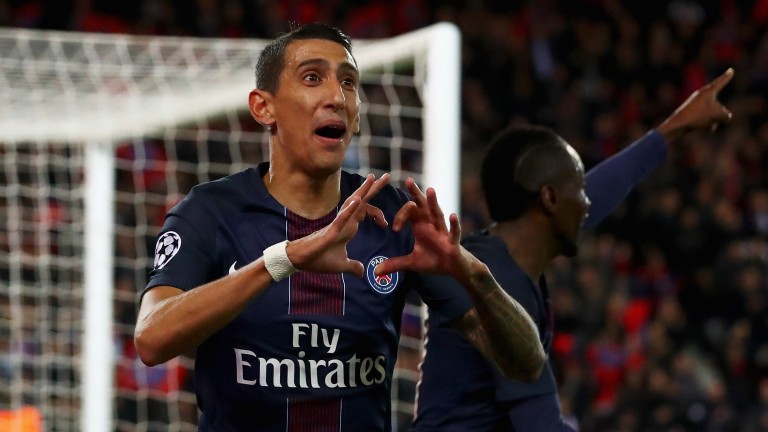 St-Etienne v Caen BT Sport ESPN, 2pm
Caen have lost ten of their 13 Ligue 1 away matches this season which gives them little comfort heading to Stade Geoffroy-Guichard, where St-Etienne have lost just once in the league.

Les Verts were made to look ordinary by Manchester United in the Europa League but they can maintain their push for fourth place in France with three points.

Lyon v Metz BT Sport 2, 4pm
Lyon romped to a 7-1 success at home to AZ Alkmaar on Thursday – winning the Europa League tie 11-2 on aggregate – and can cap off a perfect week by easing to victory over Metz at the Stade Gerland.

OL have won nine of their 13 home league games this season and should be far superior to Metz, who haven't won on the road since November.

Marseille v PSG BT Sport 2, 8pm
Marseille shrugged off an injury to Bafetimbi Gomis by beating Rennes 2-0 and can next land the far bigger scalp of PSG.

Tottenham loanee Clinton N'Jie led the line against Rennes and is part of a massively improved OM outfit who have scored 22 goals in their last 11 compared to 13 in their first 15.