Citizens may face a frustrating evening in southern France 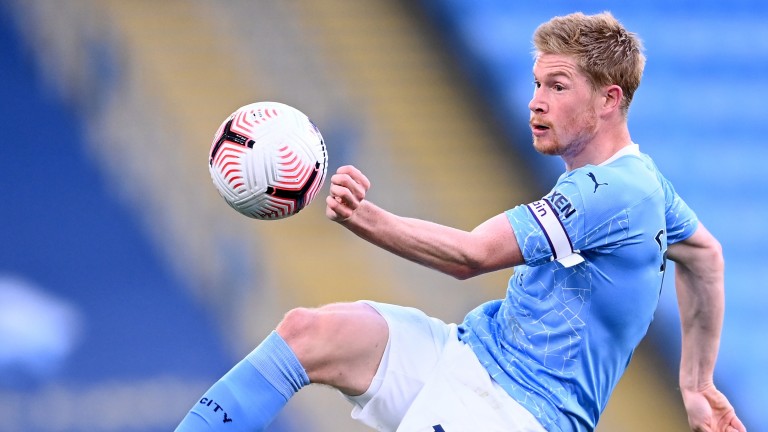 Marseille
Andre Villas-Boas can welcome back Dmitri Payet from a domestic ban.

Manchester City
Sergio Aguero has joined fellow frontman Gabriel Jesus on the sidelines. An "exhausted" Kyle Walker may be rested.

Pep Guardiola couldn’t have looked any more agitated being interviewed straight after Saturday's 1-1 draw against West Ham and he could be set for another frustrating 90 minutes as the Manchester City juggernaut limps into Marseille.

Guardiola, tersely rebuffing suggestions that City weren't at their best against the Hammers, is reeling off all the excuses Wenger-style for his side's stop-start opening to the 2020-21 campaign.

Injuries to key players is certainly one factor behind the fact that his all-powerful squad finds itself in 13th place in the Premier League table having dropped seven points in five games.

And those same injuries are still plaguing the Spaniard as he heads to the Stade Velodrome with Sergio Aguero the latest superstar to take time out just days after returning to the side after a long lay-off.

But grumpy Guardiola just has to get on with it and make one or two more tweaks in Marseille where the visitors are a good thing according to the prices, despite not playing like one.

The Manchester men are 1-3 shots which is a price to be swiftly ignored. The hosts at 8-1 is better value though odds-against on the Asian handicap with a 1.25-goal start offers extra scope for a profit. Even if the French side are beaten by one goal backers win half the bet.

None of this is suggesting OM are in anywhere a world-class side.

Their record in Europe over recent years is simply awful, although former Tottenham boss Andre Villas-Boas has definitely picked them up without chucking money at global stars as this club was once famed for.

They have climbed to fourth in the table following back-to-back wins over Bordeaux and Lorient, results that sandwiched their opening Group C encounter at Olympiakos which they lost 1-0. Neither side looked much in that game in which OM had a goal disallowed and the Greeks won late on.

They aren't a side full of goals - their three-goal top scorer is one-time Newcastle misfit Florian Thauvin. Dario Benedetto never seems to get the axe despite not having found the net in seven this season. Indeed, he hasn't scored at the Velodrome since last December.

They have lost only two of nine this season, did win at Paris Saint-Germain and can welcome back the wonderful Dmitri Payet, who didn't travel to Lorient because of a domestic suspension.

Guardiola will go into the game without an out-and-out striker and, to be fair, they looked much better against West Ham on Saturday once Phil Foden had replaced Aguero.

They beat Porto 3-1 in their group opener after going behind. Again they weren't great but, luckily for them, nor were Porto.

Marseille will look to stay compact, City will look to patiently probe, a combination which opens up the possibility of another bet – under 9.5 corners. Each side's group opener yielded five corners.