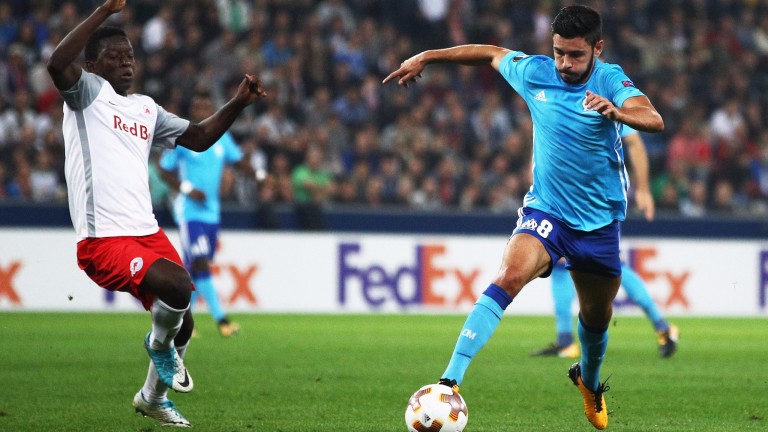 Lille v Strasbourg BT Sport ESPN, 2pm
Strasbourg have beaten Lille twice this season – 3-0 in a league match in August and 2-1 in the French Cup on Thursday – and look value to land the hat-trick.

Lowly Lille are in serious risk of relegation and can take nothing for granted against Strasbourg, who have won their last two games.

Bordeaux v Lyon BT Sport 2, 4pm
Uruguayan manager Gustavo Poyet has been tasked with steering Bordeaux away from the Ligue 1 relegation zone but faces a tough start to his tenure with highflying Lyon providing the opposition.

Lyon make the trip full of confidence after six wins in seven and look odds-against value to pick up another three points.

Marseille v Monaco BT Sport 1, 8pm
Four successive league wins have put third-placed Marseille in good shape for Champions League qualification and they can open up a four-point gap on Monaco by beating them at the Stade Velodrome.

Monaco exited the French Cup with a 3-2 loss at home to Lyon on Wednesday and may not be mentally or physically recovered.

Key stat
Marseille are unbeaten in their last 11 home matches.