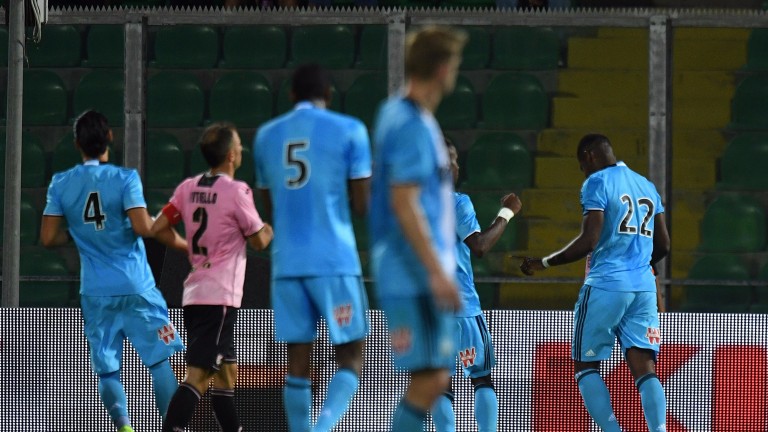 Olympique Marseille score a penalty in a friendly against Palermo
Getty Images
1 of 1
By Aaron Ashley 8:20PM, FEB 7 2017

Nice v St-Etienne 6pm
Having recorded a solitary league win this calendar year Nice have been leapfrogged at the top of the Ligue 1 table but the Eaglets can keep their title hopes alive by defeating St-Etienne.

Lucien Favre’s men are yet to taste defeat on home soil this term, while the inconsistent visitors have won just three matches on their travels all season.

Marseille v Guingamp 8pm
Marseille have been a dominant force at their southern base and they should relish the visit of Guingamp, who have won just two matches on their travels this term.

The Olympians’ sole defeat at the Stade Velodrome came against league-leaders Monaco and the manner of their 5-1 win against Montpellier in their most recent home match suggests they’ll have little problem overcoming the visitors.