Marquez has the advantage around the Red Bull Ring 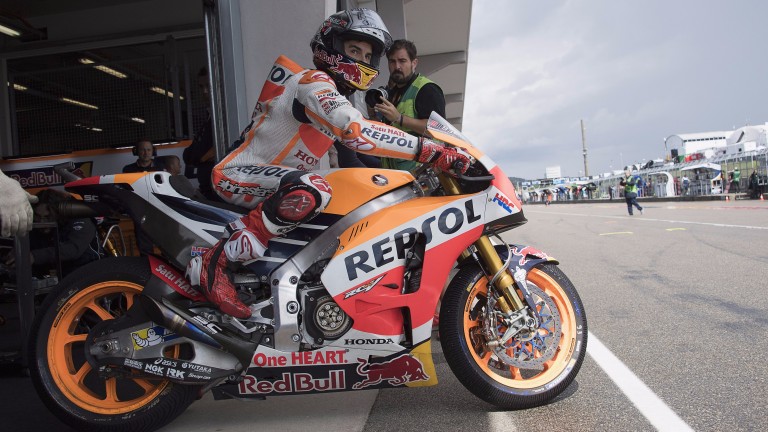 Bookmakers have not all been convinced enough by Marc Marquez’s pole position to make him favourite for the Austrian Grand Prix but the Spaniard looks the rider to back.

Marquez was fastest in all three of the sessions he participated in – third and fourth practice and final qualifying – and last week’s Brno winner looks to have the edge on the field again.

Last year’s Red Bull Ring winner Andrea Dovizioso is second on the grid and still favourite in places after setting the pace on Friday but never looked like prevailing in qualifying.

Dovi’s Ducati teammate Jorge Lorenzo has improved as the weekend has progressed and pipped Maverick Vinales for a top-three spot. He should be in the race for a podium place along with Valentino Rossi.