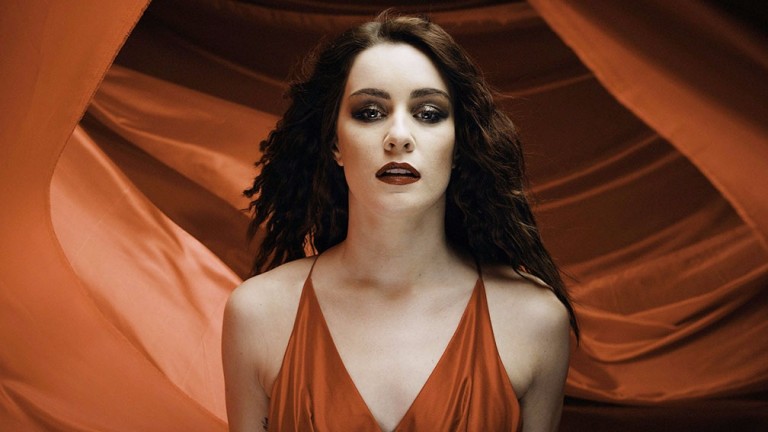 Lucie Jones will represent United Kingdom is in this year's Eurovision
Getty Images
1 of 1
By Stephen Cass 8:00PM, MAY 12 2017

Top tip
Portugal 9-4
Eurovision week always sees an incredibly dynamic betting market and this year has been no different.

Portugal were available at double-figure prices at the beginning of the week but a haunting jury rehearsal followed by a storming semi-final performance have seen sustained support for Salvador Sobral.

They are now in their correct position in the market, vying for favouritism with long-time ante-post jollies Italy.

The Portuguese entry has a timeless beauty coupled with a charming melancholy that makes it memorable for televoters and irresistible to juries (the contest is decided 50 per cent by juries and 50 per cent by a televote).

Their staging was spot on in Tuesday’s semi-final and with Salvador’s visible tics and health issues there is a strong backstory to support the gorgeous song.

The contest is almost priced as a match between the Portuguese and Italy’s Francesco Gabani. Gabani triumphed in San Remo, Italy’s prestigious singing contest, and has dominated the market for months.

There is no doubt he is a charismatic performer and the song’s hook and their dancing gorilla are certainly memorable. However there must be a concern that jurors and viewers will see the gorilla as gimmicky. Gabani’s voice is also quite gravelly, which may mean he will struggle to gain top marks from the juries of industry professionals.

In such circumstances it often makes more sense to go with proven form. Portugal have taken to the stage and shown their hand in the semi-finals. The huge betting move since then suggests they won the stronger semi-final comfortably.

Italy are unproven with the voting public and with question marks over their act, the Portuguese effort gets the nod for the win.
Portugal were tipped at 7-1 on Tuesday but for anyone not on already the 9-4 available today is still worth a bet.

Next best
Sweden (w/o Italy) 20-1
Belgium (w/o Italy) 14-1
With Italy and Portugal having been handed low draws there is a slight concern they may be hurt on the popular televote as more viewers tune in later in the contest.

Eight of the last ten winners have been drawn 15th or later in the running order. Therefore it makes sense to have a contender in the second half of the draw on your side.

Sweden come into the final with form figures of 3-1-14-3-1-5. They always send a polished act and impeccable stage direction is assured.

Sweden have drifted in the betting since semi-final one on Tuesday, presumably as they finished third or fourth in that semi.

However there is reason to believe they could turn the tables tonight. On Tuesday they opened the show, which is a curse of a position. From stall 20 they will garner plenty more votes and immediately they have an advantage over those at the head of the market.

Bengtsson’s weakness is his vocals and it is questionable that they will be strong enough to achieve overall victory so an each-way punt without the favourite makes sense.

Belgium have the best song in the competition in terms of a radio-friendly hit. Seventeen- year-old Blanche can appear a little nervous on stage and this lets down the overall package slightly but the song has still hit home with televoters.

The track is in the top 50 in 11 iTunes download charts around Europe (Portugal are in ten, with Bulgaria next best in five). Again the sensible play at the prices is to back them each-way without the favourite.

Specials
The United Kingdom’s entry this year is Lucie Jones with power ballad Never Give up on You.

The initial reaction to this song was not overly positive from the ESC fan bubble. The UK-centric Eurovision media tend to get more positive as the contest approaches and this year is no different.

There has been a plunge on the UK this week thanks to undoubtedly impressive rehearsals.

However, their recent form figures are atrocious and there could also be a post-Brexit backlash from Europe’s televoters.

The song is strong enough to get some votes from western neighbours and juries so dutching bets on a finish from 13th to 20th place appeals.

Croatia send a fabulous entry this year in the shape of Jacques Houdek, who manages to perform a Disney-esque duet with himself.

The staging is fantastic and this is televote gold. It was expected jurors would mark the song down for being gimmicky but Houdek’s semi-final performance was so brilliant vocally that it could easily surpass expectations and achieve a top-ten finish.

Spain have dominated the last place market for some months thanks to their truly awful entry.

There must be some hope that they can pick up a few points somewhere from their good draw in stall 16.

If they can then the 40-1 about Austria finishing in last place instead is an enormous price.

They struggled through Thursday’s weak semi-final and coming from fourth in the running order they will be quickly forgotten.