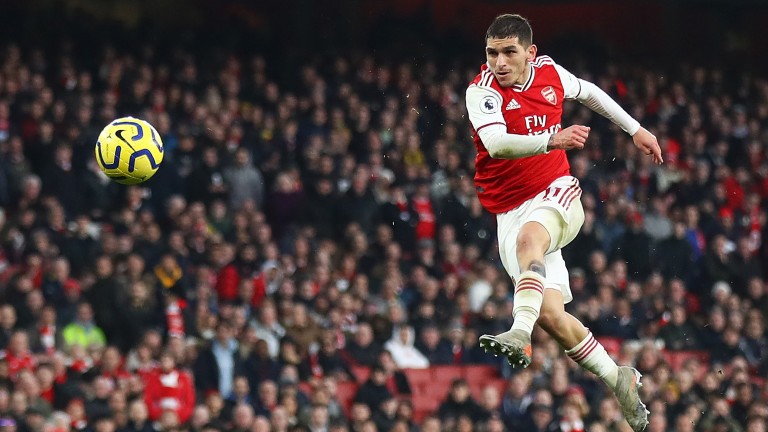 Free football tips, bets and analysis for the Premier League, EFL, and Europe.

Crystal Palace are above Arsenal in the Premier League table but the Gunners still deserve to be odds-on favourites to win at Selhurst Park despite recording only two away top-flight triumphs this season.

Palace, knocked out of the FA Cup by limited Derby last week, are desperately short of numbers for this London derby even with Wilfried Zaha set for a recall to the starting 11 having been rested for the Rams' raid on Selhurst.

Luka Milivojevic is suspended after being sent off in the cup defeat and joins Andros Townsend, Jeffrey Schlupp, Joel Ward, Scott Dann, Patrick van Aanholt and Mamadou Sakho on the sidelines. There are also doubts over Max Meyer and Jairo Riedewald.

Palace are already down the bottom of the shots and shots-on-target stats in the Premier League and if they lose their shape and defensive resolve due to the injuries it promises to be a tough time for boss Roy Hodgson.

Arsenal are showing signs of recovery under Mikel Arteta who had little time to work with the team before their 1-1 draw at Bournemouth, but has since guided the Gunners to wins to nil over Leeds and Manchester United as well as an unfortunate 2-1 loss to Chelsea.

There is a hunger to win back the ball which was sadly lacking in the final days of the Unai Emery era and Arteta also seems to have found a way to get Mesut Ozil interested again.

Arteta's team were outplayed by Leeds in the first half of Monday's FA Cup tie against Leeds, however, the fact that he found a solution at the break is another positive for the novice boss who has a grand reputation after working alongside Pep Guardiola at Manchester City.

The Sky Bet League One top-of-the-table clash between Oxford and Rotherham could be the game of the day in the EFL on Saturday and Karl Robinson's hosts can showcase their promotion potential at the Kassam Stadium.

Rotherham are second, three points behind surprise leaders Wycombe, while fourth-placed Oxford are two points back with a game in hand. Oxford are first and Rotherham second in the title betting so make no mistake - this is a big match.

Even with top scorer James Henry suspended and classy Chris Cadden back with his parent club Columbus Crew, Oxford are worthy of support at odds-against.

No visiting side have scored a league goal at the Kassam since Coventry on August 31 and Robinson has boosted Oxford's ranks this week with the arrivals of Nathan Holland on loan from West Ham and Liam Kelly from Feyenoord.

Oxford's last league game finished in a rare defeat as they lost 1-0 at Doncaster, but it was a freak outcome. United won the shot count 22-4 and had 68 per cent possession with Donny boss Darren Moore saying afterwards: "Oxford are an exceptional team. They are the best team we've played."

Rotherham have been less eye-catching in moving up the league but are five unbeaten and deserve respect. However, they may be getting just a little bit too much from bookmakers.

Juventus' only Serie A defeat of the season came in Rome against Lazio but they can put things right on their return to the Eternal City.

Juve find themselves in a title scrap this season with Inter joining them on 45 points, while Lazio are only six points behind with a game in hand.

That should, however, bring out the best in Juventus. Cristiano Ronaldo helped himself to a hat-trick in Monday's 4-0 romp over Cagliari and Maurizio Sarri's side have already won difficult away matches at Inter and Atalanta this season.

The Lazio loss turned on a red card to Juan Cuadrado and if they can keep their heads the Old Lady should come out on top.

Banker
Portsmouth 1-2
Pompey are usually reliable at beating the weaker opponents at Fratton Park - Tranmere, Southend and Bolton are among their victims - and AFC Wimbledon are likely to find the going tough.

Blowout
Leyton Orient 13-10
Ross Embleton has been given the Orient job on a permanent basis despite only one win in 14 matches and they could be vulnerable against a Grimsby side perked up by Ian Holloway's arrival.

Bookmakers who had contracts to show FA Cup matches have offered "the rights to screen these games to the Football Association or another appropriate body so that the games can be viewed for free by the public with immediate effect" after a major backlash.

The government, which clearly has every other major issue under control, even felt compelled to get involved.

There are many aspects of this streaming deal that have just been misunderstood. The reaction has included criticism from presenter Gary Lineker, who has no such problem with TV companies asking supporters to fork out for expensive subscription services.

But you don't normally have to have a bet on a game to watch it, just to have a funded account, and that could mean depositing £10.01 and then withdrawing £10. Many people who watch all manner of sports via bookmaker streaming sites never have a bet and save a fortune on pay TV contracts.

The unfavourable kick-off times which have annoyed supporters are nothing to do with this streaming deal. That is due to a separate £820 million contract with overseas broadcasters and these were bonus games totally unrelated to live UK coverage.

Football fans have so many different reasons to be annoyed but this was not one of them.