Top tips for the EFL and Italian Serie A 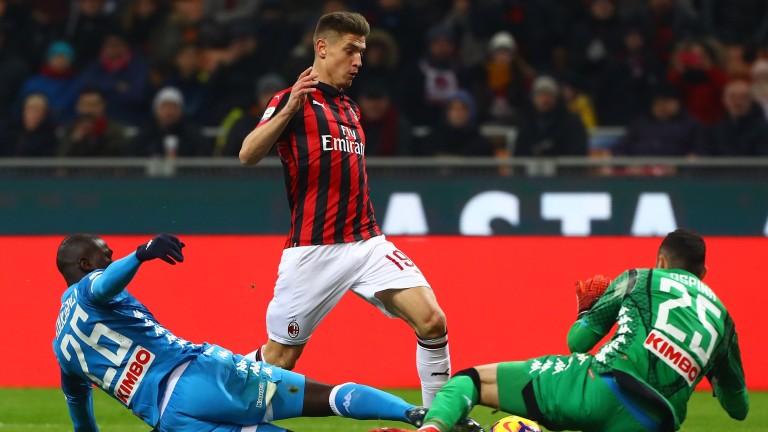 Harry Potter would have struggled to work his magic quite like Graham Potter has with Swansea and the Welsh club can continue their late rise up the Sky Bet Championship with a victory at QPR.

Swansea have won three on the spin, scoring nine goals in victories over Brentford, Middlesbrough and Stoke with 21 shots on target and just three against.

They also came closer than anyone to ending Manchester City's quadruple bid despite losing 3-2 in their FA Cup quarter-final.

Potter's side were well on top long before Stoke were reduced to nine men on Tuesday in a game that saw Swansea's speedy star Dan James enhanced his reputation with another glorious goal.

The comparisons with Gareth Bale get less ridiculous by the week and the fluidity of James, Wayne Routledge, Nathan Dyer and Oli McBurnie bamboozled Stoke.

City have lost their last six away games, although they were difficult fixtures at Nottingham Forest, West Brom, Norwich, Sheffield Wednesday, Leeds and Bristol City.

QPR, with one win in 2019, don't fall into that type of category and Wednesday's 0-0 battle at Millwall could have left its mark on the Hoops, who are under caretaker coach John Eustace following last week's sacking of Steve McClaren.

Keith Curle has tried criticising his players and then tried to comfort them. Now he has told them he already knows who is wanted for next season and who will be shown the door, which could leave the mid-table Cobblers vulnerable if motivation becomes an issue.

There has already been money for Mansfield, who can land the gamble and stay on course for automatic promotion against a Northampton side who are ambling towards the end of the term.

The Cobblers, winless in four, lost at home to Port Vale despite facing ten men for 48 minutes and then drew with Notts County, who had keeper Ryan Schofield dismissed at the start of the second half.

Mansfield's high-quality front two of CJ Hamilton and Tyler Walker can make sure the travelling Stags are partying at full-time. 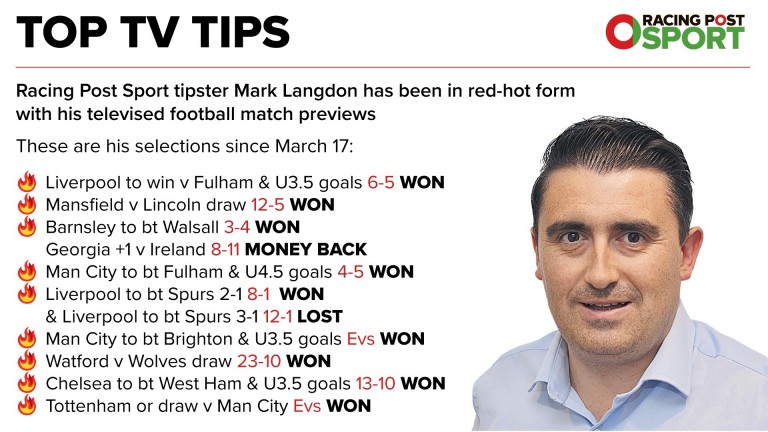 That point for County against Northampton with ten men showed their fighting spirit and after coming from behind to claim a draw and the Magpies can build on that performance at Crewe.

Rock-bottom County are two points from safety, but arguably playing some of their best stuff of the season, winning away to Carlisle and Stevenage on the last two road trips with six goals scored.

Crewe, beaten by Port Vale in a local derby last week, have won only two of their last nine matches and one of those (a 6-1 victory over Crawley) was quite bizarre.

Alex boss David Artell was furious with much of Crewe's display and neutral observer, Lincoln manager Danny Cowley, reckoned Crawley were by far the better side in the first half even when it was 4-1.

Rovers have since lost 2-0 at Oldham and drawn 0-0 at Newport - both without influential injured on-loan midfielder Luke McCullough - who will be a key absentee again.

Opponents MK Dons have won seven of their last ten matches and have a number of potential match-winners. They include Jake Hesketh, who has a similar dribbling ability to Callum Lang, who destroyed Tranmere in the recent defeat at Boundary Park.

The race for the last Champions League qualification spot is promising to be a fascinating finish with fourth-placed Milan being chased by Atalanta, Roma and seventh-placed Lazio, who have a game in hand and three points to find on the San Siro hosts.

That explains the magnitude of this encounter where Milan should be shorter in front of their own supporters. There is little between the clubs and, with hotshot Krzysztof Piatek leading the Rossoneri line, Milan can make the most of home advantage.

Lazio have already lost at Juventus, Napoli, Atalanta and Roma and the 1-0 win over Inter owed much to the fact that Milan's other club had no strikers available.

Banker
Portsmouth 8-13
Brett Pitman's return to the starting 11 has seen Pompey win their last four league matches and the veteran can aid the cause against a Rochdale side who put plenty into Tuesday's success at Accrington.

Blowout
Crewe 11-10
Notts County are fighting for their EFL lives and Crewe's two wins from their last nine matches suggests they are vulnerable against the improving Magpies.

Seventh spot in the Premier League will be good enough to earn a Europa League place if Manchester City beat Watford in the FA Cup final but the general consensus is it's not a prize worth fighting for.

Leicester are currently seventh, one point clear of tenth-placed Watford, with Wolves and Everton also in the mix. It should be one of the bigger talking points down the stretch.

However, for some Burnley's drop from seventh into a relegation battle was due to their Europa League participation it and should serve as a warning sign to the European wannabes.

Burnley's slide probably had little to do with the Europa League.

They started with one point from the opening five matches around the time of their qualifiers but since then the Clarets have had other spells of small returns at various stages of the campaign.

Burnley have had an understandable regression after outperforming just about every key performance indicator last season. My message for the seventh-placed challengers is to embrace it.