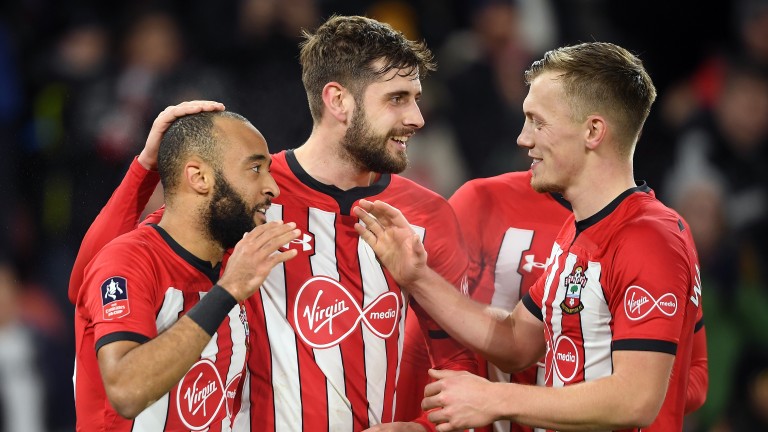 Sheffield United have Premier League promotion in their own hands and can take a step closer to a top-flight return by beating Bristol City at Bramall Lane.

A 1-0 success at Leeds before the international break was huge for the second-placed Blades, who will be confident of finishing the job given their toughest remaining assignment is a trip to Preston which follows this home date against City.

Chris Wilder's outfit have won seven of their last ten league matches, drawing the other three at Norwich, Aston Villa and Sheffield Wednesday, but at their home fortress the Blades are relentless.

United have won their last eight at home, the last seven of which were to nil, meaning Derby on Boxing Day were the last side to even score at the Sheffield stronghold in the Sky Bet Championship.

Every member of the team knows his job in the 3-5-2 formation and the front pair of David McGoldrick and Billy Sharp will be taking aim at a reserve Robins goalkeeper.

Frankie Fielding is out for the season and it's likely Niki Maenpaa has also played his last action of the campaign, leaving Max O'Leary and Stefan Marinovic to fight out for the number one spot.

O'Leary played in the defeat to Leeds while Marinovic got the gig in the 1-1 draw with Ipswich. In those two home games City also managed a grand total of two shots on target.

Lee Johnson's side have collected just two points from the last 15 available and are in danger of seeing their playoff charge fizzle out at just the wrong time.

Staying in the Premier League will be in the minds of Brighton and Southampton at the Amex where a point each may be considered a fair result, but if there is to be a winner then Southampton look the more likely.

Saints, two points above the drop zone and three below Brighton, were a poorly managed team before Ralph Hasenhuttl got his hands on them but they have since beaten Arsenal and Tottenham at home as well as grabbing a draw at Chelsea.

Hasenhuttl's side were also desperately unlucky to lose 3-2 at Manchester United and the return of Danny Ings offers Southampton a striking presence sometimes lacking in the side.

Should Saints stay up they are unlikely to be looking at another relegation battle given the potential in their squad, although for Albion it could be more of a grind next term.

Brighton had won once in 12 Premier League matches before successive victories over Huddersfield and Crystal Palace, neither of which was particularly convincing.

Then Albion somehow came back from the dead to knock Millwall out of the FA Cup to reach the semi-finals, but once again the performance was not as good as the result.

Brighton have won only two Premier League matches in 2019 and one of those was 1-0 against Huddersfield at home so the Seagulls could be vulnerable favourites.

Bayern Munich-bound Lucas Hernandez won't feature for Atletico Madrid at Alaves after the World Cup-winning defender was found to have a problem following his medical with the German giants but that should not stop them collecting maximum points at Alaves.

The Alaves story has been a miracle this season - the club sit fifth even though expected goal ratings rank them as just above relegation-battlers.

Only six teams have scored fewer goals, although on the plus side just four teams have conceded fewer than Alaves's tally of 31.

One of those, however, is Atletico with just 19 goals against and too much could be made of the last two matches - defeats by 3-0 and 2-0 margins at Juventus and Athletic Bilbao - which ended their Champions League involvement as well as any hopes of winning La Liga.

The Turin thumping almost certainly played a part in the Bilbao beating, so the international break came at a good time.

A number of players have recovered from minor knocks and any combination of the front three of Antoine Griezmann, Diego Costa and Alvaro Morata should get the job done.

Banker
Sheff Utd 8-11
The Blades are particularly sharp at home, where they have won eight straight league matches, and they should continue the run against a Bristol City side on a poor run of results as well as performances.

Blowout
Sevilla 11-10
The hosts won't be at full strength and face a difficult game anyway. Valencia, through to the Spanish Cup final and Europa League quarter-finals, are unbeaten in their last 15 fixtures.

Rarely in football can a decision leave everyone feeling satisfied but that is certainly the case after Manchester United appointed Ole Gunnar Solskjaer as their permanent manager on a three-year deal.

The United fans are chuffed.

Solskjaer has brought a feelgood factor back to the club, reminding them of happier times under Sir Alex Ferguson, and he is constantly talking United up which is a different approach to the one adopted by David Moyes, Louis van Gaal and Jose Mourinho.

Results have been decent too and the pace of the attacking play has been a stark difference to previous regimes.

Old Trafford is a happy place to be, although perhaps not as happy as north London, where Tottenham can rejoice at the prospect of at least another season going past without Mauricio Pochettino being lured away by the prospect of a bigger budget.

And generally all the clubs competing with United will feel relieved.

There has to be a fair argument that most managers could have lifted the players once Mourinho had departed and more difficult tests are to come for Solskjaer.

It is wrong to say Solskjaer can't be successful, but United have retained the most unproven manager of all the top six and Manchester City and Liverpool would definitely have settled for the Norwegian coming in full time.