Mark Davis could push Stuart Bingham all the way 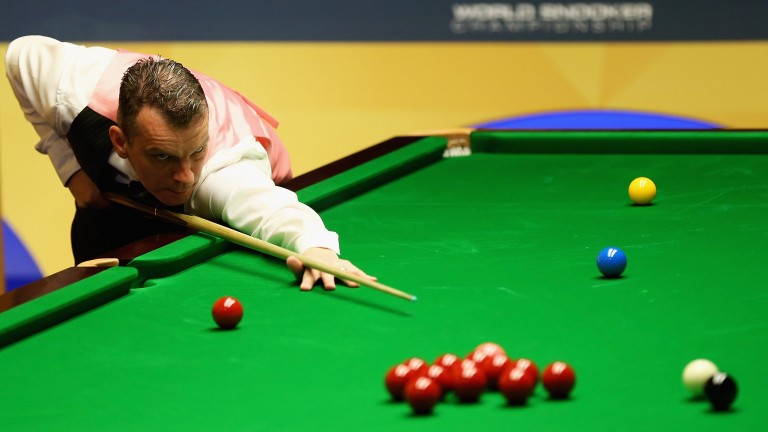 Mark Davis has won the last 13 frames he has contested against Stuart Bingham
Matthew Lewis
1 of 1
By Adrian Humphries UPDATED 12:33PM, OCT 21 2018

The big story in Crawley this week has not been the proposed increased use of the reserve runway at Gatwick airport but Ronnie O'Sullivan's missed-by-many foul in his English Open quarter-final victory over Luo Honghao.

Virtually the whole of snooker knows that O'Sullivan is no cheat on the table, but the Rocket was so in the zone during his thrilling 5-3 win over Luo that he appeared to miss the fact that he accidentally clipped a red ball with the rest when lifting it after potting another ball.

The incident clearly affected O'Sullivan enough to make him a lot less competitive in his semi-final with Mark Davis than would normally have been the case.

Davis, who lives just three-quarters of an hour away from the K2 venue, is reportedly more focused than ever and scored well with runs of 47, 102, 93, 84, 65, 43 and 52, but the match was a virtual bye with his opponent looking uninterested in continuing in the tournament after the foul controversy.

The upshot is that the final will be contested by two seasoned campaigners in Davis, 46, and Stuart Bingham, who has looked full of desire in West Sussex in triumphs over Ali Carter and Stephen Maguire, against whom he posted breaks of 47, 76, 72 and 48. Should Davis lift the trophy, he would become the oldest winner of a ranking event since Doug Mountjoy went all the way in the 1989 Classic.

The form and determination of Davis, who is competing in his first ranking final 27 years after turning professional, should not be undervalued, however. He has won the last 13 frames the pair have contested and excluding their most recent one-frame Shootout clash, Davis leads 12-11 in their personal series so he may be capable of keeping it close against the 42-year-old 2015 world champion.

The final is played over the best of 17 frames and with the top stars often looking to put on a show for the paying crowd, it could pay to expect the clash to last for 15 or more frames.