"Marcelo Bielsa is not a myth!" 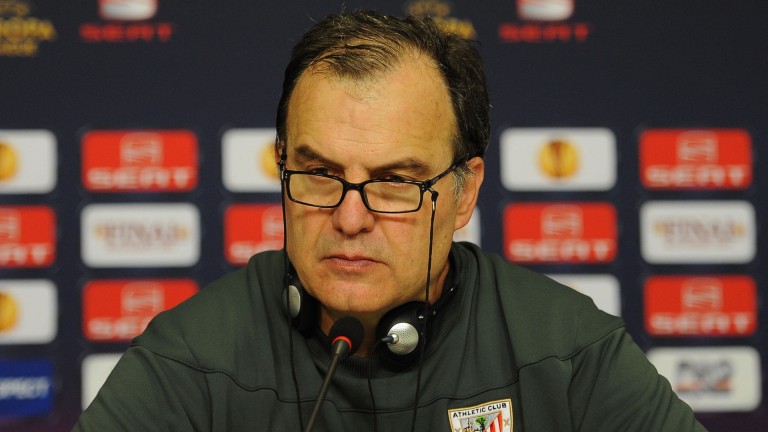 Former Preston, Leeds and Sunderland manager Simon Grayson was a guest on the Racing Post's weekly football YouTube show Different League in association with Betfred to discuss the year in football.

Being a Leeds fan I have got to go for them and particularly Marcelo Bielsa, first and foremost for getting them back into the Premier League after 16 years.

It's a really tough job. I got Leeds to seventh and with a bit more backing they had a good opportunity, but since then Leeds had not been getting close until Bielsa came in took them to the playoffs and then the way they went again to get promoted was impressive.

What Bielsa has brought to the club and the city is fantastic, fully embracing the Premier League. Leeds used to be everyone's second most hated team but now they are the second most loved. The style of play won't change and despite what Gabby Agbonlahor says - Bielsa is not a myth!

He is proving what a good manager he is and won't change his philosophy no matter who the opposition are. There will be ups and downs such as the 6-2 defeat to Manchester United but the way they have responded has been fantastic.

Who has disappointed you most this year?

Derby and Nottingham Forest being just above the relegation zone would be my two.

Both have big budgets, reputations, history and tradition and all of those things but they are also big underachievers. The Championship is competitive and nobody has a divine right to do well in the division but both should be a lot higher up the league.

What has pleased you most this year?

The work of Marcus Rashford for what he has done on, and more notably, off the pitch.

He is a high-profile player and has shown himself to be a shining light to be able to play for Manchester United and still take on board his fight to feed schoolchildren. What he has done is remarkable.