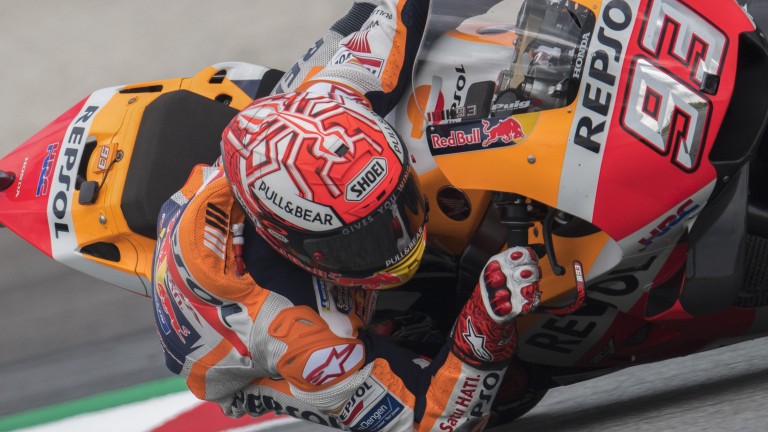 Newly-crowned champion Marc Marquez stormed to the fastest time in a wet qualifying session at Sepang, but the Spaniard will start the Malaysian Grand Prix only seventh on the grid.

The Honda ace was handed a six-place penalty for irresponsible riding after an incident with Suzuki's Andrea Iannone during the session.

That leaves Johann Zarco starting from pole with Valentino Rossi and Iannone joining him on the front row.

Two Yamahas at the front seems to confirm the resurgence of a manufacturer that ended a 25-race winless sequence with Maverick Vinales's victory in Australia last week.

But Marquez's pace in qualifying, coupled with his run of three wins prior to his DNF in Australia, suggests the now five-time world champion is a deserving favourite.

The forecast suggests a dry race is possible in Malaysia, but heavy showers could hit at any time, so it may not be a straightforward race.

Marquez's title rival this season, Andrea Dovizioso, has won in Malaysia for the last two years, and he starts fourth despite crashing on his final lap in qualifying.

But no-one is better than Marquez and Honda at judging the perfect time to switch bikes in changeable conditions and he looks much the most likely winner.