Manning has to be ready to find magic formula for Giants

Packers may be pushed to the limit 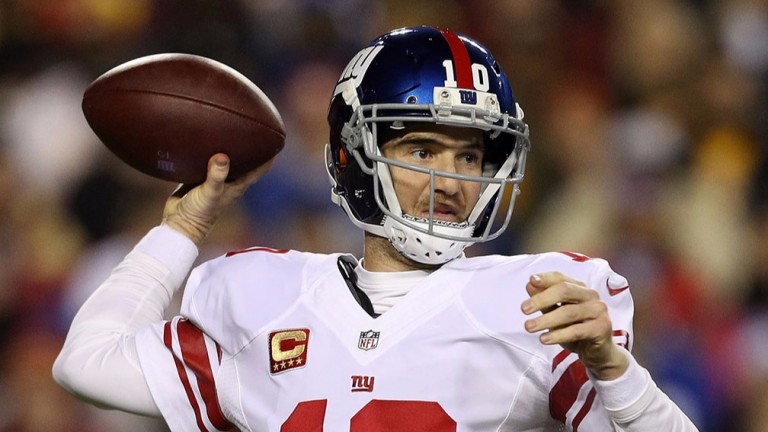 The New York Giants are probably considering themselves somewhat unfortunate.

While they had not been in the running for the NFC East title for quite some time, they won nine of their last 11 matches and not only are they the only team to have been a full-strength Dallas this season, they did it twice.

So they are unlucky to be pitched against one of the NFL’s most in-form teams, Green Bay.

The Packers’ hopes of claiming a post-season berth looked dead and buried a couple of months ago when they conceded 47 and 42 points against Tennessee and Washington in consecutive weeks.

However, those upsets woke them up and having collected six successive victories, they head into the post-season on the crest of a wave.

Driven by their top quarterback Aaron Rodgers, they have scored 38 points against both Seattle and Minnesota in their last two home matches.

The ability of those defences means they are achievements that should not be sniffed at, but while Houston were the only team to have made it to the playoffs who scored fewer points than the Giants, their points conceded tally of 284 should be respected.

They are without defensive end Jason Pierre-Paul, but they have performed well without him in the last four weeks, holding their opponents to fewer than 11 points in three of those matches.
And that run included victories over the Cowboys and Detroit, who also made the playoffs.

No team have scored more than 29 points in a match against the Giants this season, including the Packers who beat them 23-16 in Week Five, and while a noisy and icy Lambeau Field can be an intimidating environment, it should not affect New York quarterback Eli Manning.

He directed his team to victories in Wisconsin on the way to the Giants’ Super Bowl triumphs in 2007 and 2010 and this looks the ideal time for him to step up.

While the Big Blue have not been high scorers during the current campaign – Houston are the only team to have reached the playoffs this season having scored fewer points – they have a big playmaker in receiver Odell Beckham and can threaten the Packers defence.

They have proved a difficult nut to crack and they have the potential to at least stay in the game until the bitter end.

Team news
New York Giants Defensive end Jason Pierre-Paul has been ruled out, while fellow DE Owa Ogidhuiza is doubtful with a hamstring injury. Safety Nat Berhe should be available after concussion.

Green Bay Cornerback Quinten Collins has been ruled out with concussion, but fellow corner Damarious Randall has recovered from a knee injury and should play.

Offensive lineman Jason Spriggs could come in at right table if Bryan Bulaga is ruled out with an abdominal injury. Wide receiver Randall Cobb is questionable with an ankle injury.