Mann can power past Gouldy’s pal 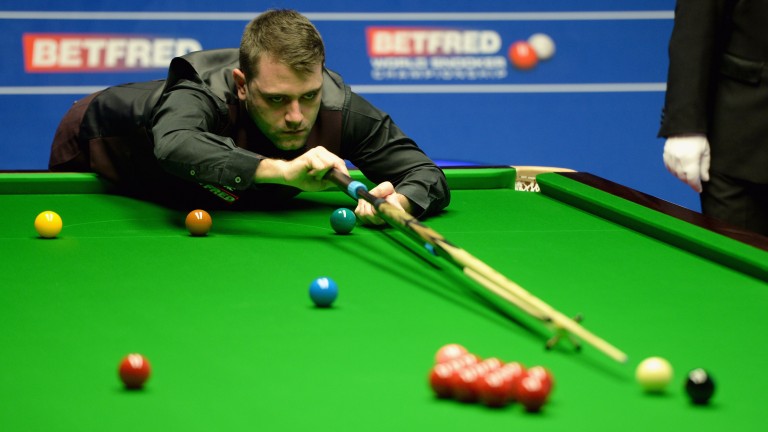 Mitchell Mann in action at the World Championship
Gareth Copley
1 of 1
By Adrian Humphries 7:55PM, DEC 14 2016

Sean O'Sullivan, Martin Gould’s best mate on the snooker circuit, is a popular character among his fellow professionals but that may not save him in the Coral Scottish Open at the expense of improving Mitchell Mann.

O’Sullivan is capable of winning matches and occasionally comes up trumps, but bookmakers who cannot split him and Mann surely only give Gould’s pal a shout due to his higher rank.

Mann has risen to 93rd in the latest chart, while O’Sullivan sits just two spots above the Birmingham potter, who has posted victories over Kyren Wilson and Ants McGill this season and lost in deciding frames to Ding Junhui and Stephen Maguire.

Amazingly, Mann has not been that chuffed with his performances and that shows the high standards he appears to be setting himself.

The sponsors of the Glasgow tournament were first up with a quote of 10-11 about Mann progressing to the last 16 and that could prove a decent price.

Of the other clashes, Marco Fu has been winning frames in single visits so is difficult to oppose against Robin Hull, but Kyren Wilson could have to be on his guard against the capable Oliver Lines. The Kettering cueman let slip a big lead against John Astley last week and while he is making strides, he is by no means a certainty.