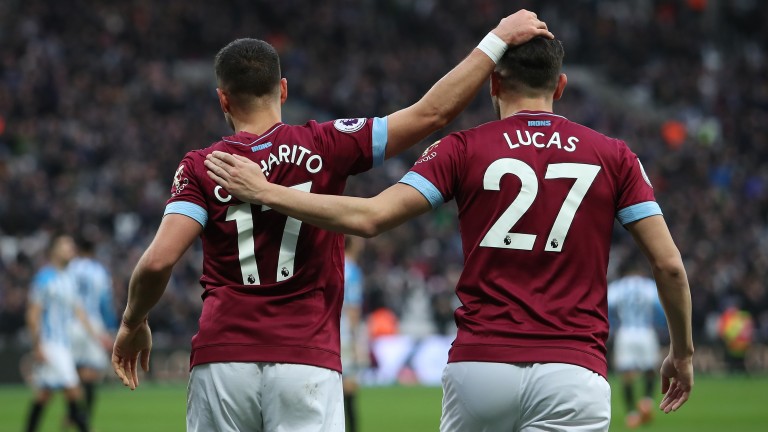 European hangovers have blighted Manchester United this season and there are good grounds for believing another post-Champions League flop is on its way.

West Ham are the visitors to Old Trafford well aware that the Red Devils are winless in their last four Premier League games immediately following a European game.

It has to be said that West Ham are themselves winless in their last eight away games, so Manuel Pellegrini also has reasons to be wary on his return to Manchester.

But Ole Gunnar Solskjaer’s side, who have won just one of their last five, look far too short.

This match comes at a wretched time for the Norwegian just three days after Barcelona at home and three days before Barcelona away.

That Champions League tie against the Spanish giants is notionally still alive following Barca’s narrow 1-0 triumph at Old Trafford and Solskjaer will be wary of that as he mulls over his team selection.

And that in itself is a challenge with first-choice full-backs Ashley Young and Luke Shaw out, an absence of key midfielders and plenty of juggling to do up front given how tepid his attackers looked on Wednesday.

In an ideal world Solskjaer would make wholesale changes but United are also in the hunt for a top-four finish, so don’t be surprised to see his team wilting as this contest drags on.

And that will suit West Ham who have been travelling awfully and could do without the working-over they normally get when they go to Old Trafford.

The Hammers, who beat United 3-1 in London in September, are off the boil after a trio of 2-0 defeats in their last four games. Their only win was 4-3 against Huddersfield, a match in which they were trailing 3-1 with 15 minutes remaining.

They were poor last time out at Chelsea, undone by a piece of Eden Hazard magic, but they played their part in a decent contest at Stamford Bridge. They were unrecognisable from the rabble who had failed to show up against Everton a week earlier.

Clearly they can be a better-than-average Premier League side, though four away wins all season hardly invites a punt on them, even at big prices. United, for all their dashes of good fortune, haven’t lost a home league game since Tottenham's visit in August.

They haven’t, however, kept a clean sheet in eight games and the back line Solskjaer is set to send out is a long way from first-choice. They are also set to be protected by a second-choice central midfield though it has to be conceded that Fred and Scott McTominay were decent in tandem against Barcelona.