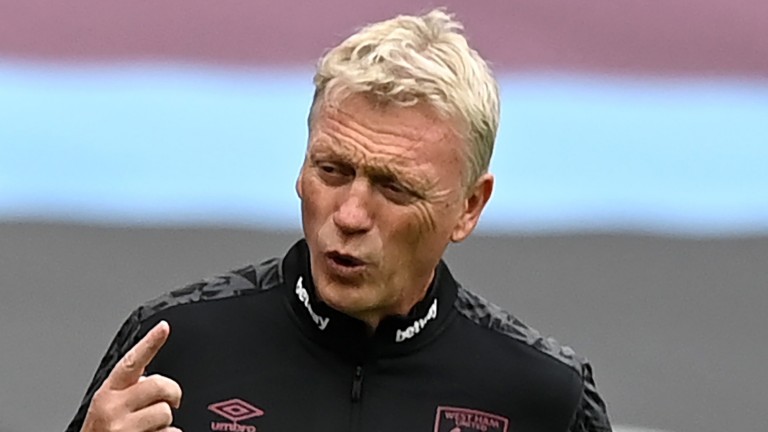 Free football tips, best bets and analysis for the Premier League match between Manchester United and West Ham at Old Trafford on Sunday.

David Moyes’s brief reign as Manchester United boss was frightfully underwhelming but he could come back to haunt his old team when his West Ham side visit Old Trafford on Sunday.

It is tough to know what to expect from United at the moment after they followed up a tactical masterclass in the Manchester derby with an unconvincing 1-1 draw against Milan in the Europa League.

The Jekyll-and-Hyde nature of the Red Devils, particularly on their own patch, has meant it has paid dividends opposing them when they’ve played at home, while the lack of attacking options for Ole Gunnar Solskjaer only adds to the conjecture that they are vulnerable.

Marcus Rashford and Edinson Cavani both look set to miss this game, while Antony Martial is doubtful with a hip injury, potentially leaving United painfully short up front. Goals were hard enough to come by as it was for United before the injuries struck and how much change they get out of a miserly Hammers defence looks likely to decide the game.

Only Chelsea have been more defensively solid than West Ham since the turn of the year based on expected goals-against and after some struggles against big-six sides earlier in the season, the Hammers looked ready to make the step up.

They pushed Manchester City to the limit on their last visit to Manchester at the end of February, while United couldn’t break the Londoners down inside 90 minutes when the sides meet in the FA Cup fifth round, a Scott McTominay extra-time winner proving the difference on that occasion.

Moyes has managed to balance strong defence with an attack that has failed to find the back of the net only four times in 27 Premier League outings. The addition of Jesse Lingard during the January transfer window has proved to be a masterstroke by Moyes and while he is ineligible to face his parent club, West Ham can cope without him.

The Hammers carry a variety of threats. They have scored a league-high 14 set-piece goals this season and that’s an area where they can expose a United team who have conceded ten times from dead-ball situations.

West Ham have all the tools needed to hurt United but it’s hard not to overlook the fact that teams managed by Moyes struggle to win at Old Trafford - the Scot is without a victory in his previous 14 attempts when he’s been in the away dugout.

This fixture ended in a draw last season and only two other sides having drawn more matches than Manchester United this term, so the double-chance market offers a welcome safety net.