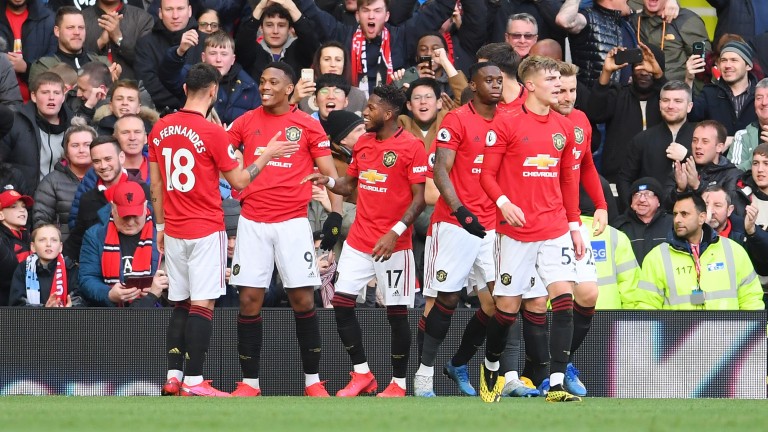 Manchester United should have it all their own way against LASK Linz
Laurence Griffiths
1 of 1
By Dan Childs 2:41PM, AUG 4 2020

Free football tips, best bets and analysis for Manchester United v LASK in the Europa League round of 16 second leg on Wednesday.

Manchester United are the bookmakers' favourites to win the Europa League and they can cruise into the quarter-finals with a comfortable victory over Austrian side LASK at Old Trafford.

The tie was effectively settled in March when United hammered the Austrians 5-0 in Linz.

Ole Gunnar Solskjaer rested several key players on that occasion and has plenty of options for the return game, although he will be mindful of keeping key players finely tuned for the remainder of the Europa League campaign.

United have not played since the 2-0 success at Leicester which secured their place in the Premier League top four.

Getting back into the Champions League was their top priority but there is still plenty of pressure on Solskjaer, who has not delivered a trophy since his appointment in December 2018.

Winning the Europa League would make his position much more secure and looks an achievable goal, given the way the draw is panning out.

After getting past LASK, United would head to Cologne next Monday for a quarter-final against either Istanbul Basaksehir or FC Copenhagen.

They would be warm favourites to win that tie and should have no fears about a potential semi-final against Wolves, Olympiakos, Sevilla or Roma.

Solskjaer needs to keep his players focused on one game at a time but his charges are unlikely to be seriously challenged by LASK, who are going through a rebuilding phase under new head coach Dominik Thalhammer.

Preparations for the new season have commenced with the signings of Ukrainian defender Yevhen Cheberko, Danish midfielder Mads Madsen and French attacker Mamoudou Karamoko from Zorya, Silkeborg and Wolfsburg, but none of the new intake are eligible to face United.

Thalhammer must also make do without long-term injured duo Thomas Goiginger and Marvin Potzmann and his squad are likely to lack match fitness having not played competitively for a month.

LASK finished the Austrian season in fourth place after losing their final three matches although their away record of 13 wins, one draw and two defeats was the best in the division.

However, they have been less successful on Europa League road trips – winning on just one of the last four – and may struggle to lay a glove on United, who should forge ahead by half-time.

LASK have lost seven of their last 11 matches.