Manchester United can get back to winning ways at Bournemouth

Red Devils to pick off Cherries 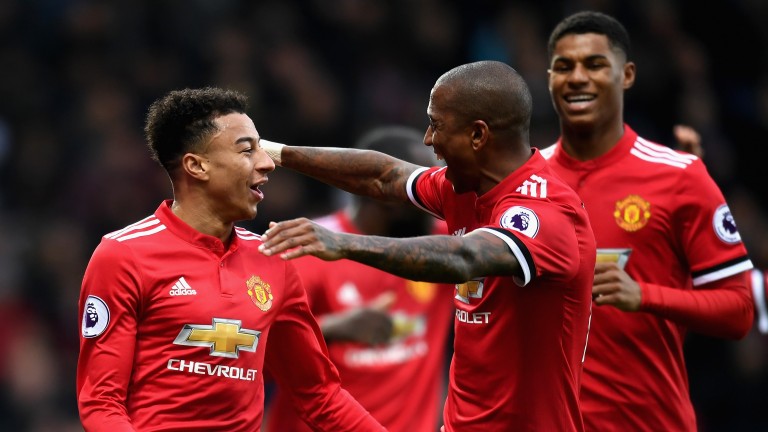 Manchester United could be all smiles at Bournemouth
Michael Regan
1 of 1
By Dan Childs 8:04PM, APR 17 2018

Manchester United were as poor as they have been all season in losing 1-0 to West Brom on Sunday but they can respond with a much-improved performance and result against Bournemouth at the Vitality Stadium.

There is more riding on the match for Bournemouth, who might need another point to feel secure about top-flight status, than second-placed United, who are 11 points inside the Champions League places.

But Jose Mourinho promised changes in the wake of his team's dismal effort against the Baggies and has urged fringe players to stake a claim for involvement in Saturday's FA Cup semi-final against Tottenham.

He said: “What is the criteria for a manager to choose a team? I know only one criteria, the way you play.”

The Portuguese has plenty of options, with Anthony Martial, Marcus Rashford, Jesse Lingard and Scott McTominay in with a chance of being promoted from the bench.

And freshening up the side could be a wise move, giving United the extra hunger and energy they need to overcome a Bournemouth side, who worked hard in a 3-0 loss at Liverpool on Saturday.

The Cherries were in the bottom three on Christmas Day and have had a fruitful 2018, losing just three of 13 league matches.

But they have lost all of their seven games against the top four sides and their defensive record (56 goals conceded) is worse than that of basement boys West Brom (52 conceded).

Eddie Howe switched to a back three at Anfield but it took just seven minutes for Sadio Mane to break the deadlock and Bournemouth never looked like responding.

United's attack is nowhere near as frightening as Liverpool's but does posses plenty of pace and that will be a concern to the hosts, who usually try to play on the front foot in home matches.

Bournemouth's positive approach has yielded six home wins but can leave them vulnerable against better sides, as can be seen by the defeats to Liverpool (4-0) and Tottenham (5-1).

They are the joint-second highest scorers outside the top eight and 25 of their 41 goals have been on home soil.

However, seven-goal top scorer Callum Wilson has netted just once this year and Jermain Defoe has had a disappointing campaign, scoring four times in 21 Premier League appearances.

They need Wilson, Defoe or Joshua King to rediscover their A-game because the defence cannot be trusted to contain a United team with a point to prove.

Had United won against West Brom, there would have been a danger of complacency setting in and the focus switching to the Wembley clash with Spurs.

But Mourinho's men have received the wake up call they needed and a more ruthless and business-like performance should deliver three points.

Manchester United
Sergio Romero (knee) is the only injury concern for the visitors but changes have been promised following the 1-0 loss to West Brom.

Key stat
Bournemouth have kept one clean sheet in their last 24 matches.