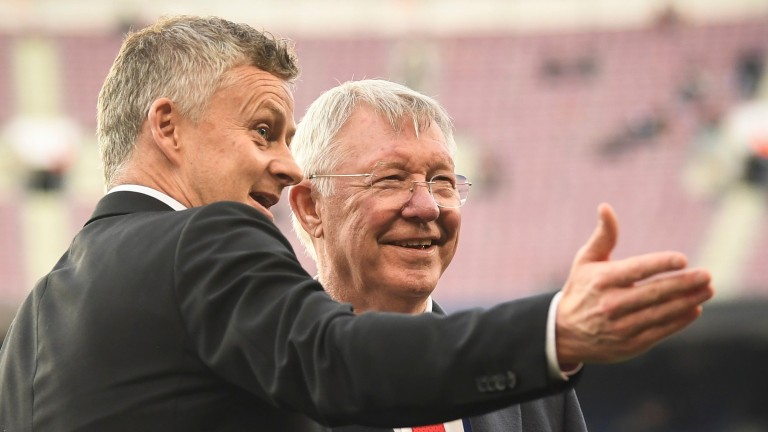 At a yoga show in Alexandra Palace last Saturday an old Indian lady came up to me and started talking. She wanted to share her outlook on life.

“Everything that happened in the past is done,” she said. “You can make plans for the future but they might go wrong.”

She smiled hopefully, as if she wanted me to agree with her but worried that I would not. She need not have worried.

“You can’t change the past,” she said, “and you can’t fix the future.”

Two hundred miles away at Goodison Park, Everton were about to kick off against West Ham. I wanted West Ham to be shown more cards than Everton and did not want them to be shown fewer. I understood that I could not control the outcome. Anything could happen.

Later I found out that both teams had been shown the same number of cards, so I had not won but I had not lost either. As we were.

Executive vice-chairman Ed Woodward has expressed his hopes for Manchester United. He said: “The middle section of last season, after Ole’s arrival, feels most relevant to what we want to achieve and where we want to be.”

Around the middle of last season, after Jose Mourinho had been sacked, while Ole Gunnar Solskjaer was the caretaker manager, United lost once in 17 games in all competitions. They played the sort of counter-attacking football that Mourinho had wanted them to play, but their improved performances did not warrant such good results. They were lucky.

Solskjaer recognised this. “Sometimes we’ve won games we haven’t deserved to win,” he said. I wrote as much so I should not be accused of after-timing.

Last Thursday Sunderland appointed a new manager, Phil Parkinson. Owner Stewart Donald said: “During a rigorous recruitment process, it gradually became clear that he was the prime candidate to take the club forward.”

Parkinson has managed teams that got good results, sometimes in difficult circumstances. I am glad he has the chance to manage Sunderland and hope things go well for him. More likely than not, I think, he can make players better. But I cannot be sure. Nor can anyone else.

Owners unveiling a new manager often say he is an ideal fit for the club, and say it in a way that makes them sound clever for having chosen him. Then they sack him. When they sack him they do not fault themselves for having employed him. No matter how many times an owner has sacked managers they had been certain were right for the job they still seem certain that their next appointment is right for the job.

I do not criticise owners for not knowing who would be the best manager of their club. Only for thinking that they do.

Of all the famous hell-raising musicians of the 1960s the one who must have seemed least likely to survive that decade was Ginger Baker. He played drums staring out through wild eyes in a bony face, shaking long red hair and beard. But Baker did survive the sixties. And the seventies, and the eighties, and the nineties, and the noughties, and most of this decade as well. He died three weeks ago aged 80.

Just imagine that in the 1960s some social scientist had decided to start a long-term study of two groups of hippies, one experimenting with drink and drugs, the other extolling instead herbal teas and organic vegetables.

In almost every situation there is more uncertainty than almost everyone realises. How else could I go to a show to learn about yoga and come away with material for an article about football?