Manchester United aim to bounce back in FA Cup 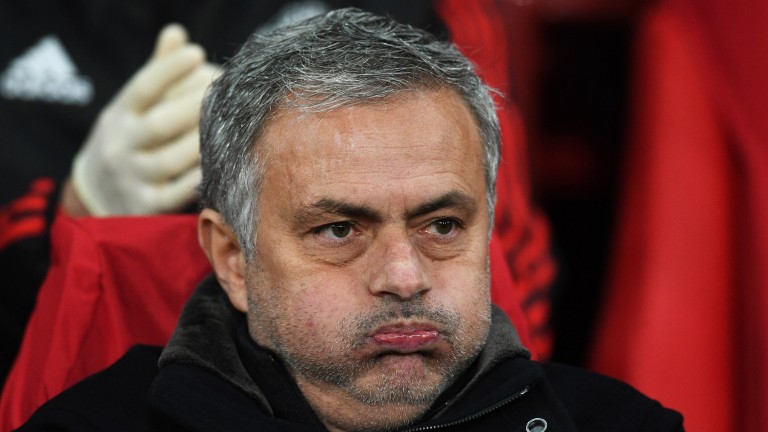 Manchester United were knocked out of the Champions League by Sevilla on Tuesday night and Brighton are 11-1 to compound the Red Devils' misery with an FA Cup quarter-final victory at Old Trafford on Saturday.

United had been as short as 2-5 to qualify from their tie with Sevilla after a goalless first leg in Spain but they were beaten 2-1 at home as substitute Wissam Ben Yedder scored twice for the 11-2 visitors.

That leaves the FA Cup as Jose Mourinho's only realistic chance of a trophy this term and United are 9-4 joint-favourites with Tottenham, who face Swansea in the last eight.

Spurs have been boosted by news that Harry Kane's ankle injury, sustained during the win at Bournemouth last weekend, isn't as bad as initially feared.

The striker will be out of action until at least next month but should be fit for England's World Cup opener against Tunisia on June 18.

Kane is 1-20 with Paddy Power to make the England World Cup squad and 1-12 with Sky Bet to start the first game.

However, he is out to 6-1 to win the Premier League Golden Boot with Liverpool's Mo Salah – level with the Tottenham man on 24 league goals – 1-2 favourite.

Southampton are expected to confirm Mark Hughes as their new manager on Wednesday and the Saints are 15-8 third-favourites to be relegated.

West Brom head that market at 1-33 with Hughes's previous club Stoke at 4-5 and troubled West Ham 9-4.