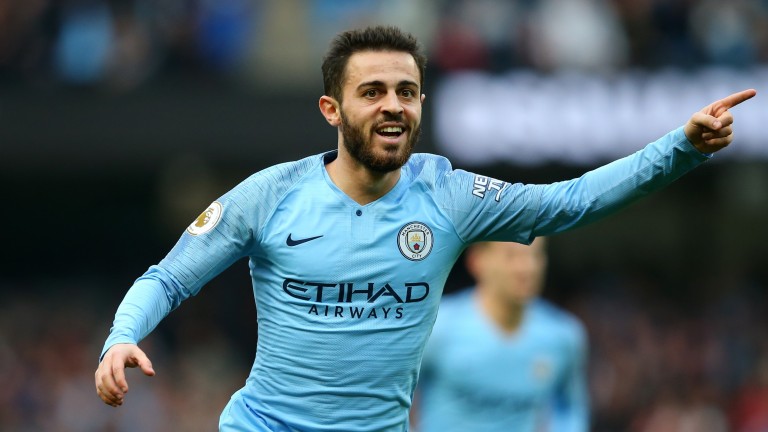 Form
Manchester United are going off at their biggest ever price to win a Premier League match despite being in arguably their best shape of the season following Wednesday's dramatic win away to Juventus.

That made it three successes in a row, although only five teams – Burnley, Southampton, Huddersfield, Cardiff and Fulham – have conceded more away goals than United's tally of ten.

Unbeaten Premier League leaders City are in great nick, nine points ahead of their Manchester rivals and with a whopping goal difference of plus 29.

Pep Guardiola's side have won their last six matches by an aggregate of 23-1 and ten of their last 11 by a margin of 35-2. The exception was a goalless stalemate at Anfield when Riyad Mahrez skied a late spot-kick way over the crossbar.

The tactical battle
Guardiola and Jose Mourinho's philosophies are almost set in stone so we can expect a match of City dominating possession with United defending deep and aiming to launch swift counter-attacks.

However, perhaps one of the more interesting aspects of the season has been City's sluggish contests against their fellow big-six opponents. As well as drawing 0-0 at Anfield they scored 1-0 and 2-0 wins at Tottenham and Arsenal respectively.

Verdict
No doubt some punters will be tempted by United at such eye-catching prices but City are the best team in Europe and even with the derby factor to consider there is a vast chasm between the rivals which should become apparent at the Etihad. City to win 3-1.

United are the only team to have won at the Etihad in the Premier League since the start of 2017.

Man City are unbeaten in their last 19 domestic matches, winning 15 of them.

Three of the four Premier League goals conceded by City this season have come via opposition defenders. The other was a penalty.