Citizens' intensity may be too much for Pochettino's Parisiens to handle 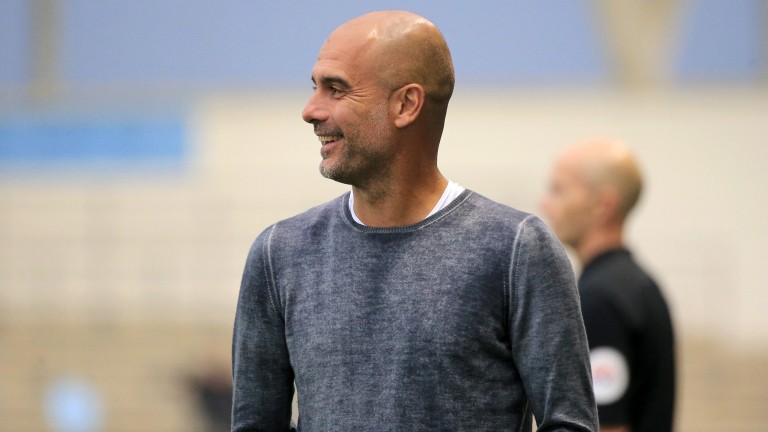 Manchester City and both teams to score
1pt 19-10 Hills

Paris St-Germain
Julian Draxler (muscle injury), Rafinha (hip) and Gianluigi Donnarumma (gastroenteritis) and Presnel Kimpembe (hamstring) were unavailable at the weekend but Sergio Ramos (calf) could make his first appearance for the club.

Manchester City felt hard done by after losing 2-0 away to Paris St-Germain on matchday two of this season's Champions League, but they have wrestled back control of Group A, moving one point above the Parisians, and can secure top spot at the Etihad on Wednesday.

PSG command a lot of attention due to their superstar front three – Lionel Messi, Kylian Mbappe and Neymar - which is the most recognisable and arguably the most potent on the planet.

However, a lot of the focus will also be on their manager, Mauricio Pochettino, who has been well backed to be the next permanent manager of City's fierce rivals Manchester United.

Pochettino has had some good moments against City, including a memorable Manchester evening in April 2019 when he guided Tottenham to the Champions League semi-finals at the Citizens' expense.

His PSG team overcame City at the Parc des Princes in September but it owed a lot to good fortune with the visiting team winning the shot count 18-6 and striking the woodwork twice.

The quality of PSG's attacking players can allow them to win matches when they are seemingly outplayed - last season's Champions League quarter-finals were another case in point as they beat Bayern Munich despite losing the shot count over the two legs by 45 to 16.

The free-scoring Parisians have notched in 16 of their last 18 matches and it is probable that one of their front three will find a way past City custodian Ederson.

However, it is also likely that their rearguard – weakened by the absences of goalkeeper Gianluigi Donnarumma and Presnel Kimpembe - will struggle to keep City at bay.

There has been talk of a possible debut for veteran central defender Sergio Ramos, who is back in training after persistent calf problems, but it would be a huge ask for the 35-year-old to hit the ground running with no recent competitive action under his belt.

Kevin De Bruyne is a notable absentee for City and there are doubts over Jack Grealish, but the hosts have a habit of producing high-quality and intense performances irrespective of the names on the team sheet.

Their 3-0 success at home to Everton on Sunday could not have been more convincing and they did it without their best defender Ruben Dias and versatile forward Gabriel Jesus, who were both given extra time to recover after international duty.

Pep Guardiola will more than likely have regarded Wednesday's titanic Champions League tussle as a bigger priority and, while City may struggle to keep a clean sheet, they should get the three points they require to seal top spot with a game to spare.

Both teams have scored in six of Paris St-Germain's last seven away games.