Citizens should grind out victory over Greek champions 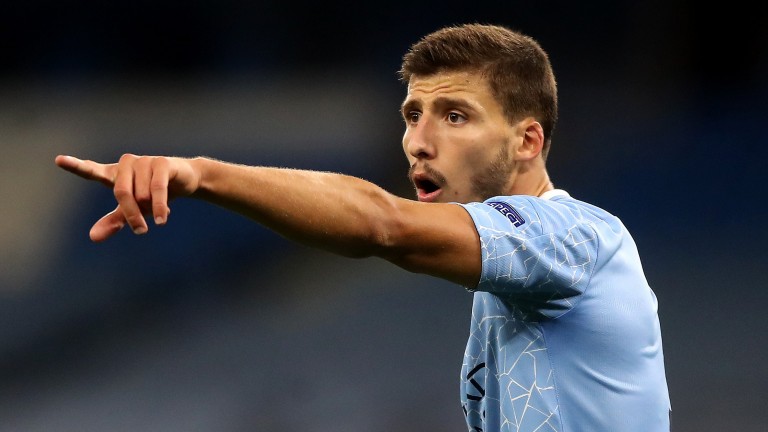 Olympiakos
Mady Camara, Ousseynou Ba and Hillal Soudani have not travelled due to positive coronavirus tests.

Manchester City have made an assured start to their Champions League campaign but their clash with Greek champions Olympiakos may not be as straightforward as bookmakers expect.

The Citizens are just 1-5 to follow up their 3-1 win over Porto and 3-0 victory away to Marseille with another three points against Olympiakos.

However, the savvy visitors could prove stubborn opponents and backing under 3.5 goals looks the best punting strategy.

City's shock 5-2 home defeat to Leicester in the Premier League at the end of September was a stark reminder of their defensive vulnerability and they have improved at the back since then.

They responded with a clean sheet in the EFL Cup win at Burnley before four league matches that each rewarded backers of under 2.5 goals: 1-1 draws with Leeds and West Ham and 1-0 wins over Arsenal and Sheffield United.

Injuries to Gabriel Jesus and Sergio Aguero have forced Pep Guardiola into an attacking reshuffle and City may also have an eye on the colossal weekend league fixture against champions Liverpool.

Guardiola insists that Tuesday's Champions League game is his priority but if City get their noses in front they are unlikely to expend unnecessary energy chasing a wide-margin win over the Greeks.

They still have a vast array of attacking quality in Kevin de Bruyne, Raheem Sterling, Bernardo Silva, Riyad Mahrez, Ferran Torres and Phil Foden but it took a rare Kyle Walker goal to break down Sheffield United at the weekend.

Olympiakos reached the last 16 of the Europa League last season, losing 2-1 on aggregate to Wolves, and cruised to the Greek Super League title with 28 wins in 36 games.

They conceded only 16 league goals last term and have kept four clean sheets in five matches this season, racking up another shutout in a 1-0 home win over Marseille in their Champions League opener.

A trip to the Etihad is a step up in class for Pedro Martins' men although they competed well in a tough group last season, drawing 2-2 at home to Tottenham and losing 3-2 and 2-0 to winners Bayern Munich.

Guardiola praised centre-backs Aymeric Laporte, Ruben Dias and Eric Garcia in his pre-match press conference and the City rearguard should keep their visitors at bay.

City should make it three wins out of three in the group but their victory may be more workmanlike than spectacular.

Both teams have scored in only one of Olympiakos's last 12 matches.