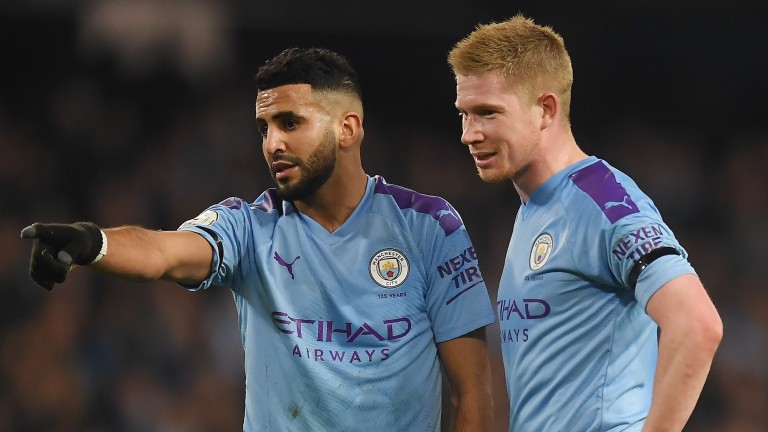 Manchester City
Benjamin Mendy is out and John Stones is a doubt. Leroy Sane is still absent.

Holders Manchester City will be targeting a successful FA Cup defence now that the Premier League is effectively out of their reach and a Fulham side shorn of any firepower should struggle to stop them.

The Cottagers are Sky Bet Championship promotion contenders and therefore represent a step up in class from the Port Vale side who City thumped 4-1 in the third round.

But Fulham are struggling with injuries, especially in attack, and City, who are unbeaten in seven games and playing well, should safely negotiate this challenge.

City have not lost in their last 14 matches against Fulham, winning the last eight, and Pep Guardiola has a deep enough squad to be able to cope with the one or two tweaks he is sure to make before next Wednesday’s League Cup semi-final second leg with Manchester United.

But Scott Parker’s men will be competitive and are more than capable of holding firm against the inevitable onslaught that is coming their way.

Wednesday’s 0-0 draw at Charlton was a third clean sheet in a row and their fourth in six matches and should the hosts win it won’t necessarily be a massacre. Backing City and under 3.5 goals could pay.

Twelve of Fulham’s 14 away matches this season have produced three or fewer goals, although obviously none of those fixtures was at a side as good as City.

But this won’t be a full-strength City. As well as the United game to consider, this tie comes on the heels of Tuesday night’s brutal 1-0 win at Sheffield United.

Parker will pick a strong side, as he did in the third round when they beat Premier League Aston Villa 2-1. His priority is the league but he’ll be enormously wary of throwing kids in at the deep end.

Parker's problem is that when they do get the ball they are going to be light up front. Eighteen-goal top scorer Aleksandar Mitrovic, the focal point of everything they do in the final third, is injured, as too are his obvious back-up Aboubakar Kamara and the inventive Anthony Knockaert.

But there is bags of top-flight pedigree in Parker’s rearguard and they have enough about them to suggest they can avoid a humiliation.

Fulham haven’t suffered a defeat by more than one goal in almost three months and their efforts against top-division opponents this term have resulted in that win over Villa and a 1-0 loss to Southampton in the League Cup.