Vieira's Palace can stand firm in early exchanges at Etihad 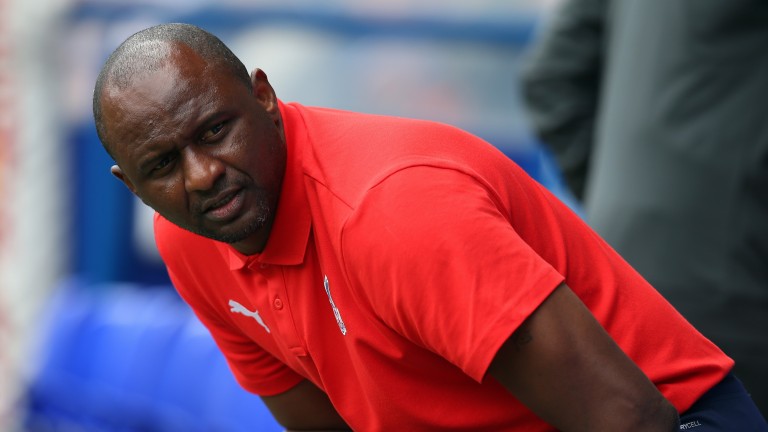 Manchester City
Ferran Torres is City's only significant absentee. Pep Guardiola shuffled his pack for the EFL Cup exit at West Ham on Wednesday but Phil Foden is set to start after his brace at Brighton last weekend.

Crystal Palace
Wilfried Zaha should return to the starting 11 after illness but Eberechi Eze and Nathan Ferguson are still recovering from long-term injuries.

Manchester City were knocked out of the EFL Cup for the first time in five years this week, losing on penalties after a goalless draw at West Ham, but the Premier League champions are expected to make light work of Crystal Palace on Saturday.

Patrick Vieira has made a solid start as Palace boss and their only defeats in his first nine league matches have come in away fixtures at Chelsea and Liverpool.

Bet365 set their line for the time of the first goal at 23:00 and nine of Palace's ten league and cup games this term have been goalless at that stage.

Vieira will not want to give his former club any early encouragement and it may take time for City to demonstrate their superiority.

Manchester City have scored only once before the 25th minute in their last eight meetings with Palace.