Citizens can cruise to victory 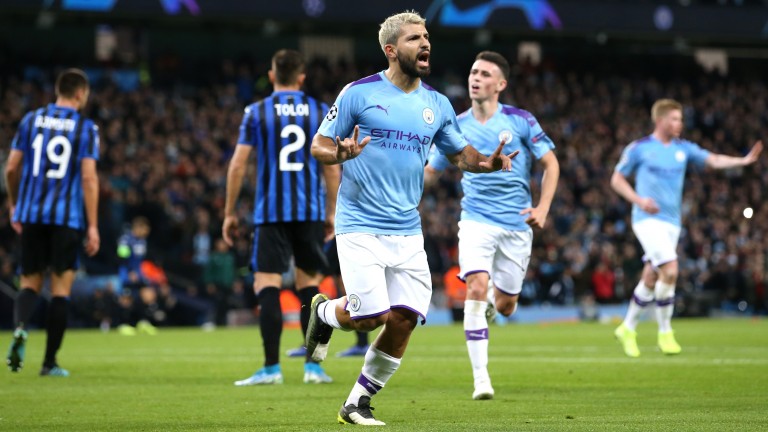 Manchester City
Pep Guardiola has confirmed Rodri and Aleks Zinchenko will be sidelined until after the international break, ruling them out of next month's trip to Liverpool. Aymeric Laporte and Leroy Sane are long-term injury victims.

Aston Villa have more European Cup triumphs than Manchester City but that will count for little when the 1981 continental champions head to the Etihad for what appears to be a Premier League mismatch.

City have had their mishaps this season, losing to Wolves and Norwich, but if Pep Guardiola's outfit are anywhere near their best it promises to be a long afternoon for rank outsiders Villa.

There's no mileage in taking City at such prohibitive odds, however, backing them to win both halves may offer an interest in an otherwise difficult betting heat due to its one-sided nature.

Guardiola will know there can be no more slip-ups before the trip to Anfield to take on leaders Liverpool on November 10 and City have bounced back brilliantly from their shock 2-0 reverse to Wolves.

Wanderers managed to limit City to two shots on target thanks to their defensive discipline, a strength that cannot be attributed to Villa, who could find themselves on the wrong end of a result similar to the Citizens' 5-1 Champions League victory over Atalanta.

On Tuesday it was Sergio Aguero and hat-trick hero Raheem Sterling who did the damage just three days after Gabriel Jesus and David Silva had taken care of Crystal Palace.

City failed to win the second half at Crystal Palace with both goals in their 2-0 success coming before the break. However, it was not for the want of trying and with Kevin De Bruyne and Sterling in such outstanding form there will be plenty of chances created.

De Bruyne failed to start City's two defeats this term and is the best midfielder in the league, capable of giving headaches to better teams than promoted Villa.

Visiting boss Dean Smith likes to stick to his attacking principles but that may not be possible in this contest and bringing in an extra defensive midfielder to help Marvelous Namakba could be wise.

John McGinn and Jack Grealish are technically gifted midfielders who don't offer a massive amount defensively and, as Atalanta found to their cost, those who trade attacking blows with City usually get turned over.

Villa shipped three in each oftheir defeats to Tottenham and ten-man Arsenal. On both occasions they collapsed late on having made bright starts.

Unfortunately for Villa they may not be able to make an early breakthrough as they did on both those trips to London and they don't appear equipped to protect themselves from the City onslaught.

City have scored nine first-half goals in four league home outings this term and another fast start is likely.

Aston Villa have conceded seven goals in the final 20 minutes of their four away league games this season.