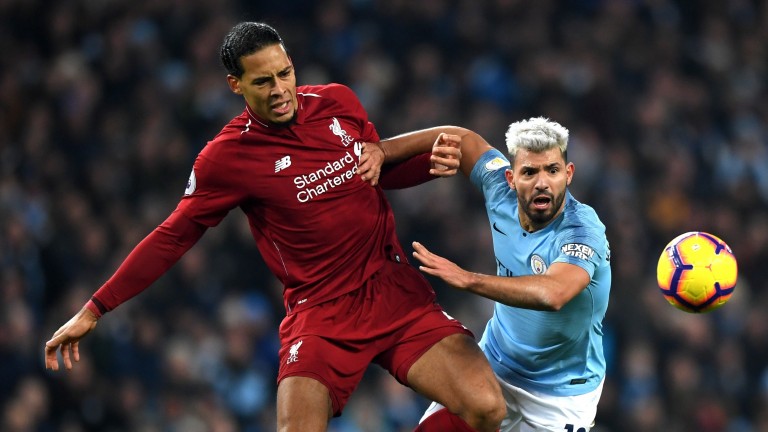 Sergio Aguero of Manchester City is fouled by Virgil van Dijk of Liverpool
Shaun Botterill
1 of 1
By Bruce Millington UPDATED 7:39PM, MAY 16 2019

The big six is no more. There is only the big two. That is the inescapable conclusion to draw from the 2018-19 Premier League season, which was dominated in a manner more familiar with La Liga or the Scottish Premier League.

There is an irony in regard to the latter division because this was the first time in seven seasons in which the age-old Celtic-Rangers stranglehold was reestablished following Rangers’ demotion as a result of their financial turmoil. Prior to that the Glasgow clubs had been first or second in 15 of the previous 16 seasons.

As with Celtic and Rangers, or for that matter Barcelona and Real Madrid, England now has two vastly superior clubs in Manchester City and Liverpool. Time will tell how long that remains the case but it could be a lengthy duopoly.

That is despite recent history showing how hard it is to stay in either of the top two positions the following season, something that has been done only once in the last four years.

It is easy to slip from the gold or silver positions on the podium to far lower levels 12 months later, and that will give hope to the likes of Chelsea, Tottenham, Arsenal and Manchester United that they can bridge the gap in 2019-20.

However, it is interesting to note that on the only two occasions in the last ten years that the top two remained the same in consecutive seasons there had been a double-figure points gap back to the third-placed finishers the previous season.

And this year the margin between Liverpool in second and Chelsea in third was an enormous 25 points, which suggests not only have bookmakers called it right in making City and Liverpool the clear market leaders next season but that they might not have gone far enough in separating them from what is currently, but shouldn’t be, known as their other big-six rivals.

I was staggered to see one bookmaker offer United at 9-1. It was easily the worst price I have ever seen, and even the current best offer of 20-1 makes no appeal.

United were 32 points behind City this season and ended the campaign in an even more woeful state than they were in when Jose Mourinho was jettisoned in December.

The Solskjaer honeymoon ended with a jolt. Their best player, David De Gea, started making hideous errors, Paul Pogba remains grotesquely overrated and there is a chronic lack of quality that will need extraordinary sums of money to remedy.

Moreover, a lack of Champions League football means the kind of players they need to sign - ones who seek glory rather than money - are likely to look elsewhere.

United have made the top three in only one of the six seasons since Sir Alex Ferguson left and they have never looked as far off title-winning material as they do now.

Chelsea got closer than anyone to the big two this season but their prospects of closing the gap are bleak with Eden Hazard poised to head to Madrid and the black cloud of a transfer ban hanging over them.

There are plenty of us who believe they could actually craft a decent side out of the best of the existing squad members and the pick of the loan talent dotted around England and beyond, but even if the Blues are allowed to splash the cash it is difficult to see how they will be anywhere near City or Liverpool next May.

Tottenham might be the likeliest of the also-rans to make significant progress next term, although that largely depends on their superb manager Mauricio Pochettino remaining in place.

His ability to keep Spurs competitive despite a net spend that is vastly lower than those of the other leading Premier League clubs illustrates what a brilliant operator he is, and when the betting without City and Liverpool prices are issued they will be the focus of my attention.

As for Arsenal, while Unai Emery has done well to avoid a post-Wenger slump his team retain many of their old characteristics - pretty but brittle - and my betting interest in them next season is likely to be restricted to backing them in match bets with United.

Indeed the dissolution of the big six could be a twofold process, with the top two being too good to be fairly bracketed with the other four and a couple of other teams emerging from below to threaten the old order.

Wolves made a massively impressive return to the top division and can add goalpower to continue upwards, while Leicester often looked extremely accomplished this term and, lest we forget, have won the title more recently than any side bar City and Chelsea.

If they can turn the classy Youri Tielemans from a temporary to permanent employee and add another goal threat to that provided by Jamie Vardy it is possible to see them having an excellent
2019-20 campaign, and the early 8-1 that they break into the top six is tempting. 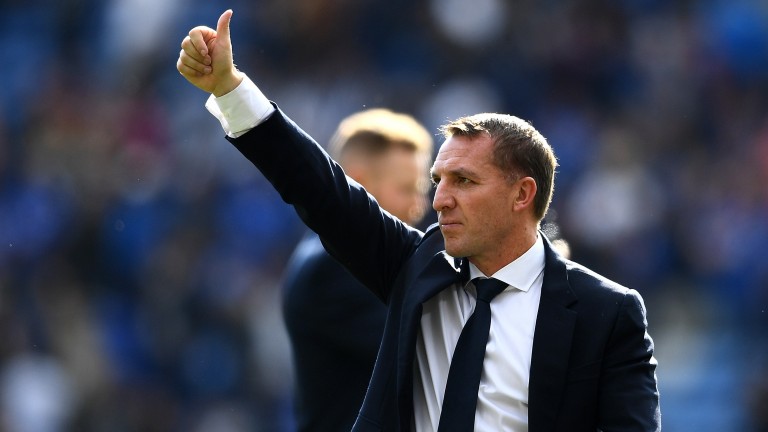 At the other end of the table there is a standout bet to be relegated. Based on the second half of the season, of the teams that stayed up only Brighton gained fewer points than Bournemouth yet, while Albion are no bigger than 5-2 to go down, you can back Bournemouth at 7-1.

Given the size of their ground and the way they came from the fourth division to the top flight so quickly, and given how stylish their play is it is with reluctance that they are put up as a value bet to go down.

But the price is wrong, and even the brilliance of Eddie Howe’s management may not save the Cherries next term.

Which leaves just one question: if City and Liverpool are going to dominate the league again next term, which of them will be top dog?

Perhaps the best way of answering that is to identify how easy it will be to fix any tiny weaknesses the best two teams in Europe still have.

Last summer it was obvious Liverpool needed a better goalie and they got one. Now, it is less clear what is required, although perhaps the dream front three of Salah, Mane and Firmino could do with a better understudy.

As for City, they are just about the perfect squad and it is hard to spot an area in need of strengthening.

But the respective prices surprise me. There was one point between them this season as they fought out a title battle that was never quite as exciting as it should have been down the stretch simply because it rarely looked like either side was at the slightest risk of dropping points.

Therefore it is fair to say best odds of 8-11 City and 3-1 Liverpool seem unbalanced. If I was betting now it would be Liverpool ending what will be by then a 30-year title drought.

Sean Dyche's heroics at Burnley get more amazing each year

We take his excellence at what he does for granted now, but we shouldn’t. Because the job Sean Dyche does in keeping Burnley in the Premier League becomes more amazing with each year in which the Clarets avoid the drop.

This season it looked like the game was up. Qualifying for the Europa League by finishing seventh the previous year, something that still takes some believing, meant an early start, with a qualifying tie against Aberdeen taking place as early as last July.

They failed to win any of their first 11 games, creating a widespread assumption that they would lose their top-flight status, but they then smashed Bournemouth 4-0 and followed up by defeating Cardiff.

But they managed only five points from their next ten league games, leaving them in a sorry state as Christmas came and went.

Dyche was not done with, though, and a run of 18 points from eight games provided the platform for a comfortable cruise to survival that means his rough, tough band of scrappers will be ruffling feathers among the elite again next term.

I have no idea how this happens. It must just be coincidence but every time I see Burnley they look terrible, a team big on heart but shockingly short of quality.

A Palace side without a recognised striker had 38 shots against them in December with only four coming back the other way, and there were plenty of other times when they looked nothing like good enough for the big league.

But they must be doing something right and they must have an extraordinarily good manager. You can back them at 5-2 to finally succumb to relegation next term but while the gravel-voiced gaffer is barking out the orders from the dugout I will not be going anywhere near that price.