Inconsistent Red Devils can take out frustrations on Baggies 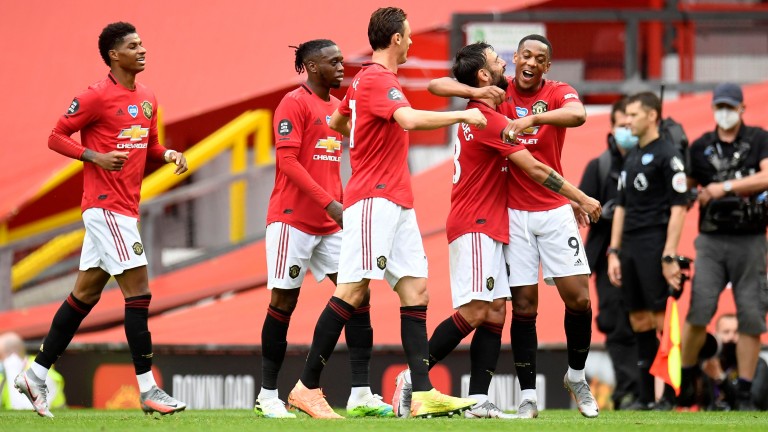 Manchester United
Luke Shaw is out. Harry Maguire and Edinson Cavani are doubts.

Manchester United have followed each of their last five Premier League victories with three draws and two defeats but even this most inconsistent of sides can make it two wins in a row by seeing off West Brom at Old Trafford.

Ole Gunnar Solskjaer's unpredictable mob went into the international break with a very decent 3-1 win at Everton, making it three straight away wins on the road in the Premier League.

Following that up is the challenge, especially at home, where United are have failed to win any of their four top-flight matches, though three of their guests have been Tottenham, Chelsea and Arsenal.

And while winless West Brom will be acutely aware of United's difficulties on home base, with all respect to the Throstles they are no Spurs. Or even Arsenal for that matter.

This has to represent a golden opportunity for United to get going and see off a team camped in the bottom three with precious little evidence that they are coming out of there any time soon.

However, believing United will win is one thing - being lured into backing them at short odds is quite another matter.

They look short enough at 1-3 but if you want to be with the Red Devils, take them to win a high-scoring contest. Their matches are averaging 3.7 goals per game this season, West Brom's 2.9, so United to win and over 2.5 at 20-21 is worth considering.

West Brom go into the game less-than-proud owners of the joint-worst defensive record in the division having shipped 17 in eight. Eleven of those were conceded in their first three so they have become better organised under Slaven Bilic. They even managed to shut out Burnley, although there is a sense that the Baggies are far happier trying to defend against a side like the Clarets rather than a zippier United.

They were gutsy in defeat by Tottenham before the break although there was no question that the right team won. Spurs looked jaded and still carved out 19 chances – they should have won by more.

Bilic's side are short of quality in key areas and will struggle to score goals – they have managed only one in their last five matches.

A refreshed United will be at them from the off and banging at the door of West Brom's five-man back line.

West Brom have scored one goal in their last five matches.