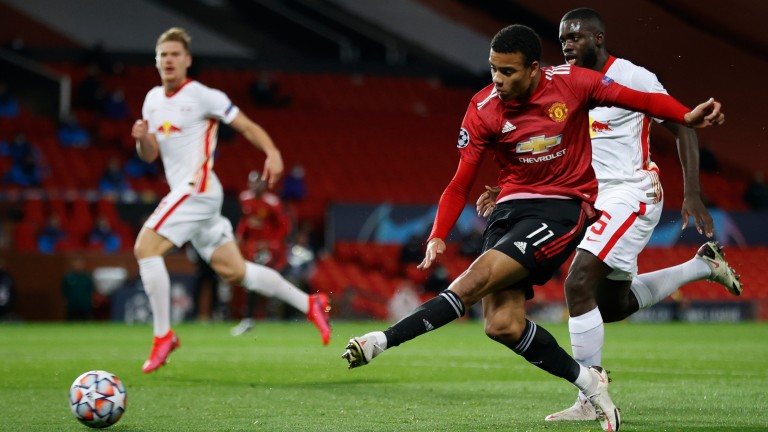 Mason Greenwood could get a chance to shine against Watford
Clive Brunskill
1 of 1
By Dan Childs 2:30PM, JAN 8 2021

One of Manchester United's routes to Wembley was closed off by Wednesday's 2-0 loss at home to Manchester City in the EFL Cup semi-finals but the other can be kept open by a routine success over Championship promotion chasers Watford in the FA Cup third round.

Ole Gunnar Solskjaer is likely to ring the changes and keep key men fresh for next week's vital league visits to Burnley and Liverpool but United should still get the job done and can keep a clean sheet in the process.

Solksjaer has a deep squad and its strength was showcased in September's EFL Cup third-round tie at Luton, which the Red Devils won 3-0 even with ten changes from the previous Premier League line-up.

There are likely to be opportunities for pacy forwards Dan James and Mason Greenwood, and former Hornet Odion Ighalo could be given his first run-out since featuring as a late substitute in the 3-1 loss at home to Paris St-Germain on Champions League matchday five.

But a second string United attack should be too potent for their second-tier opponents, who are going through a period of transition after making yet another managerial change, replacing Vladimir Ivic with Xisco Munoz.

One of the reasons given for Ivic's departure was the Serb's cautious style of football.

Watford are the lowest scorers among the Championship's top nine clubs with 25 goals in 22 games and, even though they have conceded just 17, they are sixth in the table, six points outside the automatic promotion berths.

Nothing less than an immediate return to the top flight will satisfy owner Gino Pozzo but the club's hire-and-fire strategy may not be helping their cause and it is far from certain that Munoz, whose only previous experience of management was a four-month stint at Dinamo Tbilisi, will get any more out of the squad.

Watford's forwards are failing to find the net with any regularity and the Hornets are hoping that new signing Philip Zinckernagel can make a difference after he contributed 19 goals and 19 assists in a single season for Norwegian champions Bodo/Glimt.

However, the Dane will probably need time to settle, leaving Watford's first-choice front two of Andre Gray and Troy Deeney to endure another frustrating afternoon.

United's run to the EFL Cup semis, which often featured a second-string defence, included shutouts at Brighton, Luton and Everton.

Another clean sheet could be kept against Watford, allowing punters to bump up their returns by backing United to win to nil at odds-against.