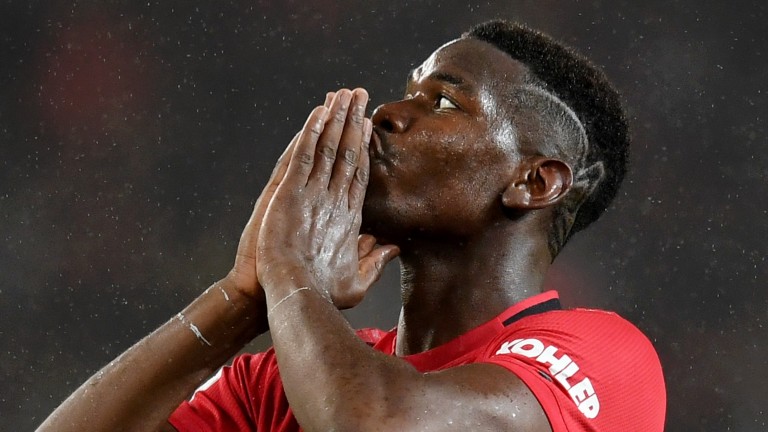 Every Manchester United defeat seems to raise questions over the future of Ole Gunnar Solskjaer but the pressure on the Norwegian could be lifted by a home victory over Newcastle.

Solskjaer looked to have seen off his critics with victories at home to Tottenham and away to Manchester City which appeared to set the Red Devils up for a top-four challenge.

But United failed to justify odds-on favouritism at home to Everton (drawing 1-1) and away to Watford (losing 2-0) and they approach the halfway point of the season in eighth – seven points adrift of fourth-placed Chelsea and 24 behind leaders Liverpool.

In many ways the last four matches were typical of their season with United showing a capacity to beat the best teams and a tendency to struggle against lesser opponents.

United have recorded four wins and three draws against the seven teams above them. Against the rest they have managed two wins, four draws and five defeats.

Given those statistics there are obvious risks to backing them to win against Newcastle, who drew level on points with the Red Devils with a gritty 1-0 success at home to Crystal Palace on Saturday.

There was plenty of doom and gloom around Tyneside this summer but Toon supporters have been pleasantly surprised by the sterling work done by manager Steve Bruce.

The Magpies were touted as relegation candidates and were second from bottom by the end of September.

They were under pressure going into their October clash at home to Manchester United but came out fighting and debutant Matty Longstaff came up with a stunning long-range strike which sealed the points and transformed the mood of players and supporters.

Since the start of October, no team outside of the top four have taken more points than Newcastle's 20 and they are closer to the top four (four points adrift) than the relegation places (ten points clear).

Staying up looks a formality and there is scope for Newcastle to improve because key attacking players Allan Saint-Maximin and Miguel Almiron have only just started to perform at the levels they are capable of.

Saint-Maximin is expected to miss the festive period with a hamstring injury, denying Newcastle their most potent counter-attacking weapon.

The Frenchman's pace was key to impressive away wins at West Ham (3-2) and Sheffield United (2-0) and his absence at Old Trafford will allow United to squeeze up and play more on the front foot.

Another factor in United's favour is the likely return of Paul Pogba.

A lack of midfield creativity has been a crucial element in their struggles against defensive-minded opposition but Pogba returned to the fray as a second-half substitute at Watford and his lively performance was one of the few positives they could take from a miserable afternoon.

Even with Pogba directing operations three points are unlikely to come easily, but United should get over the line in a contest which may not feature many goals.

Thirteen of United's last 17 league games have featured fewer than four goals, so there could be value in backing the home win and under 3.5 goals at odds-against.