Ole Gunnar Solskjaer can get the better of Pep Guardiola again 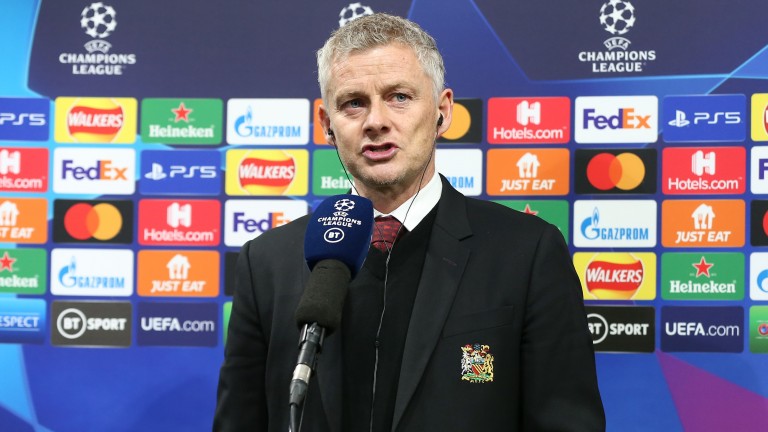 The pressure on Ole Gunnar Solskjaer eased with last week’s 3-0 victory at Tottenham, but a win over rivals City in the Manchester derby would mean so much more to the under-fire United boss. And his wish might well come true.

City are a far better coached team than United and the difference is largely down to the men in the dugout. But while Pep Guardiola has been far more successful in delivering trophies, he has often struggled to get the better of Solskjaer on derby day.

City have taken one point from their last four encounters with United and could leave Old Trafford empty-handed again if the Red Devils can defend with some discipline and wait for a moment of magic.

There is often too much talk about performance when it comes to United, who often rely on individual brilliance and are capable of following a dreadful display one weekend with a convincing victory the next.

The ease of United's 3-0 success at Tottenham was probably influenced far less by Solskjaer's tactical decision to swap a four-man defence for three at the back than the ineptitude of their opponents.

The Red Devils soon reverted to a four-man backline during the opening half of Tuesday's 2-2 draw away to Atalanta and the return to a more familiar set-up helps their chances against City.

United could also benefit from the enforced absence of Pogba, who continues a three-game domestic suspension.

The Frenchman started the season superbly and remains top of the assists charts with seven. But his last goal involvement came in a September success at home to Newcastle, and he was one of United's worst performers in Bergamo, where Solskjaer's side played in fits and starts and were, not for the first time, bailed out by Cristiano Ronaldo.

Playing without Pogba will afford Solskjaer the option of adding more pace to his side by deploying any two of Mason Greenwood, Marcus Rashford and Anthony Martial in support of Ronaldo.

And it has been United's counter-attacking prowess which has been a key to their recent successes over the Citizens.

City will almost certainly dominate possession but they have lacked a clinical edge on several occasions this season, failing to find the net in five of 13 domestic encounters, and could be stunned by their bitter rivals for a fourth time in five league matches.

FIRST PUBLISHED 12:50PM, NOV 5 2021
City have taken one point from their last four encounters with United and could leave Old Trafford empty-handed again