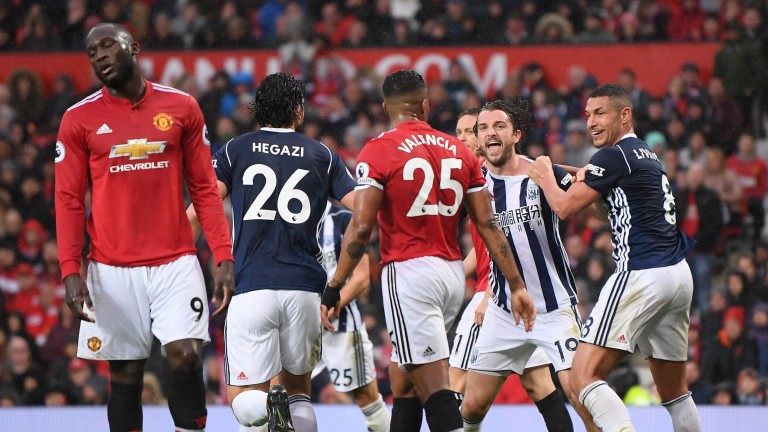 Jay Rodriguez’s 73rd-minute header gave Albion only their fourth victory of a miserable campaign but the 1-0 victory was enough to start the title celebrations in the blue half of Manchester, with Pep Guardiola’s side still having five matches of the season to play and just a few days since they were dumped out of the Champions League by Liverpool.

It is the third time the club have celebrated a Premier League triumph and they are a whopping 16 points ahead of their rivals.

City’s performance has been so dominant this season – United and Liverpool are the only teams to have beaten them in the league this term – that thoughts are turning to how dominant they can remain at the top of the English game.

The Red Devils completed a hat-trick of successes twice under the guidance of Sir Alex Ferguson.

Liverpool, who are a point behind second-placed United having played a game more, are 5-1 with bet365 to win next year’s title, which would be their first success since 1990, while United, who have not won the title for five years, are rated 6-1 chances with the Stoke-based firm.

Tottenham and Chelsea are both available at 12-1.

Rodriguez’s goal gave Albion a lifeline but they still have a mountain to climb to have any chance of maintaining their top-flight status.

They are nine points behind 17th-placed Swansea with four games remaining, while Stoke, who are six points from safety, are 1-7 with Betway and Hills as they prepare for their crunch clash at West Ham.

Southampton are 1-2 to be playing in the Championship next season while the Swans are 9-2 and Huddersfield, who grabbed a late victory over Watford on Saturday, are 5-1.

One team who will be playing in the Premier League are Wolves, who beat Birmingham 2-0 having had their promotion from the Sky Bet Championship confirmed by Fulham’s draw against Brentford on Saturday.

Nuno Espirito Santo’s side are 7-4 with bet365 to finish in the top half next season and 20-1 to claim a top-six spot.