Citizens should bounce back from Southampton setback 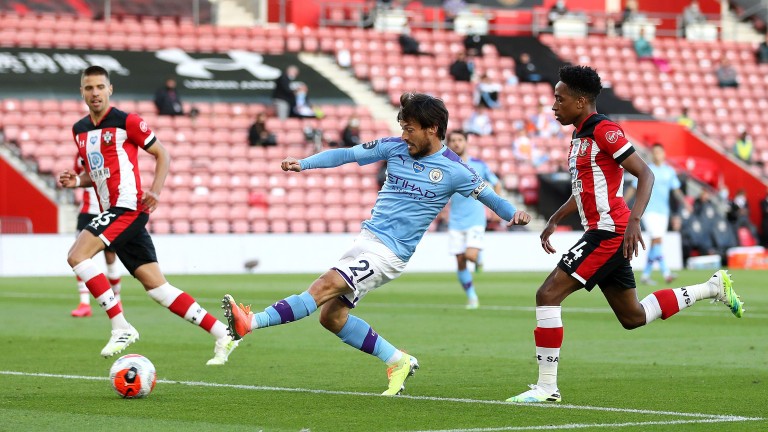 Manchester City
City boss Pep Guardiola has no fresh injury concerns after the 1-0 defeat at Southampton on Sunday.

Manchester City were left frustrated at Southampton on Sunday when they fell to a 1-0 defeat after spending most of their trip to St Mary's camped in the Saints' half, but there was still a lot to like about their performance.

Despite the disappointment of seeing Liverpool take their Premier League title, there has been much to encourage Pep Guardiola since lockdown and their performances at the Etihad have been particularly clinical.

Burnley and Arsenal were efficiently dispatched and although there must have been a few fuzzy heads among the Liverpool players who headed along the East Lancs Road last week, it was still Jurgen Klopp's first team who were beaten 4-0.

All the signs are that City are finishing the campaign strongly, which bodes well for their tilt at the Champions League in August, and it is difficult to see how Newcastle can stop them, even though Steve Bruce's side have performed well to cement themselves in mid-table.

It is less than two weeks since City eased past the Magpies in the FA Cup in a game that was characterised by Newcastle's struggle to create chances.

And that situation could be worsened by injury concerns regarding their best two attacking players, Manuel Almiron and Allan Saint-Maximin, and the alternative approach represented by Andy Carroll.

Finding a bet that supports City is tricky as no quarter is going to be given. However, they have won both halves in four of their last five home matches and Guardiola's boys should be able to do that again.

Manchester City have scored at least twice in 13 of their 15 home games this season.