Malek Jaziri can keep it close against Bautista Agut

Tunisian has served well in Dubai 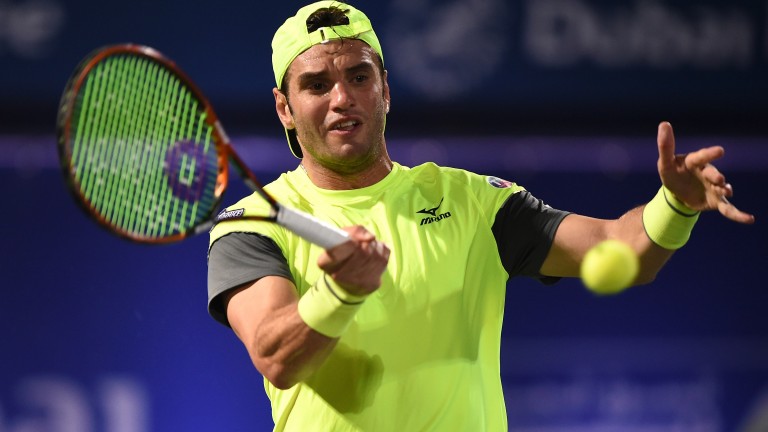 Malek Jaziri has made a heroic run to the semi-finals of the ATP Dubai Championship and the Tunisian wildcard should be backed to test Roberto Bautista Agut.

There's no question that the Spaniard deserves to be a strong favourite given his lofty ranking and the excellent performance he produced to beat Borna Coric in straight sets in the quarter-finals but Jaziri's efforts in Dubai have been above his usual standard so he can't be totally ruled out.

The journeyman shocked number one seed Grigor Dimitrov in round one before seeing off Robin Haase and talented Greek youngster Stefanos Tsitsipas to make it to this stage and, providing fatigue does not take too big a toll, he can make a match of it.

Jaziri has served well all week. His average first-serve percentage is up at 60 per cent compared to a 52-week average of 52 per cent and his return game has been excellent as well.

Bautista Agut's passage has been fairly serene, apart from a dropped set against Pierre-Hugues Herbert, but he may not be able to cover a 4.5-game start against the Tunisian who has enjoyed plenty of support from the Dubai crowd.