Makarova preferred to her doubles partner

Vesnina has been struggling for form 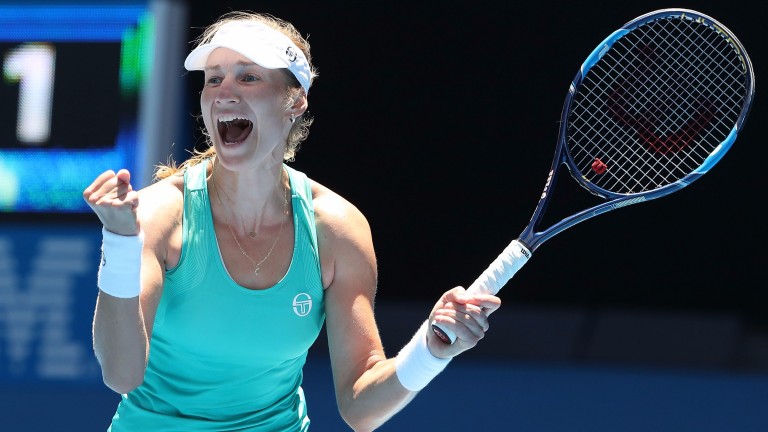 A lot of the early juice has gone out of the prices of Ekaterina Makarova and Roberta Vinci making positive starts in the WTA St Petersburg Trophy but they still look likely to progress.

Makarova lines up against lower-ranked doubles partner Elena Vesnina and considering the outsider has been struggling for form, she looks one to oppose.

Makarova enjoyed another fine singles run in the first Grand Slam of the year – she defeated WTA Championship heroine Domi­nika Cibulkova in Melbourne – and it will be disappointing if she cannot kick on in her homeland.

Vinci was a good winner of this title last year when defeat­ing Belinda Bencic in the final and the Italian should have few prob­lems overcoming Timea Babos.

She has been defeated by good-quality opponents Karolina Pliskova, Barbora Strycova and Coco Vandeweghe this season and this looks easier.