Maidstone can cap off fine season by beating Rovers 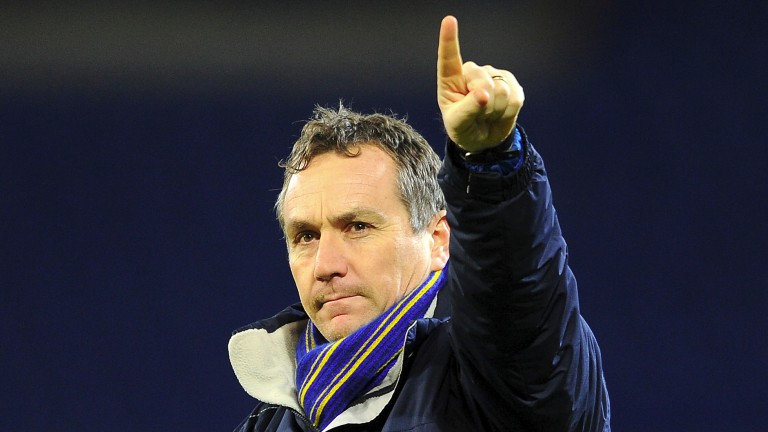 Maidstone have had a successful finish to the National League season, losing one of their last 14 games, and can cap it off with a home victory over second-placed Tranmere.

The playoffs are looming for Tranmere, who will travel to either Dover or Aldershot for a semi-final first-leg clash on Wednesday.

Rovers manager Micky Mellon has warned he will make changes to the team with the playoffs in mind and is unable to select injured trio Lee Vaughan (broken leg), Ritchie Sutton (Achilles) and Steven Jennings (knee).

Tranmere had pushed hard for automatic promotion but their hopes were ended when Lincoln sealed the title with a 2-1 victory at home to Macclesfield last weekend.

Fringe players coming into the side will be keen to catch Mellon's eye but it will be a tough task for them on an artificial surface against one of the form sides in the division.

Maidstone were in the drop zone in late February but have gone on an amazing run.

They held leaders Lincoln to a 0-0 draw in Kent on Tuesday and could go one better against a Tranmere side whose minds are on the bigger playoff picture.

Macclesfield are almost certain to finish in ninth place but can finish their campaign on a positive note by beating 12th-placed Sutton at Moss Rose.

The Silkmen showed they are still fully focused by holding playoff-chasing Dover to a 2-2 draw on the Kent coast on Tuesday.

They will want to finish strongly on home soil and should be backed against Sutton, who have lost 14 of their 22 away league games.

Spennymoor are favourites to seal promotion to the National League North by winning the Northern Premier playoff final against Stourbridge.

Home advantage may be a key factor for Spennymoor, who have won 15 of their league matches at The Brewery Field this season.

However, Stourbridge go into the match on a five-game winning sequence.