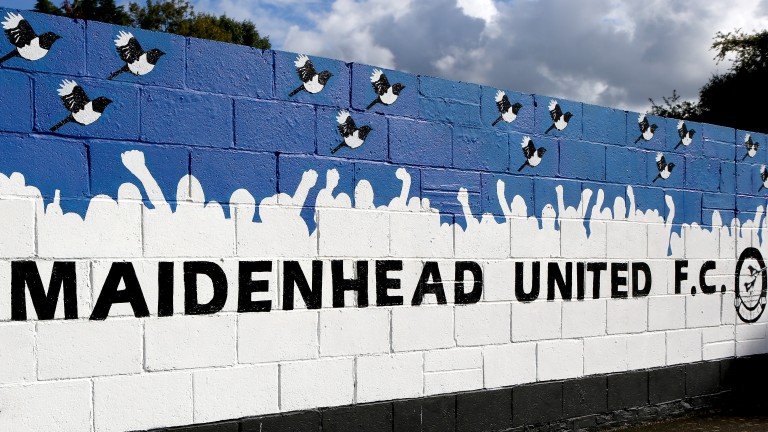 Maidenhead will be hoping to follow up their home Boxing Day win with another at York Road
Martin Willetts
1 of 1
By Andrew Wilsher 8:00PM, DEC 28 2018

Maidenhead survived a late rally from Aldershot to win 4-3 on Wednesday, and could add another home victory over rock-bottom Braintree.

That was their first win at York Road since the middle of September and saw Alan Devonshire’s side move up to 21st.

By contrast, Braintree are nine points from safety with just three wins all season and two points from their last eight games.

The Iron have squandered away points recently which is likely to worry manager Hakan Hayrettin, and another defeat looks entirely possible.

Elsewhere Maidstone travel to Boreham Wood and while the visitors are on a huge slump with five straight defeats, it may be worth backing striker Jake Robinson to get on the scoresheet.

Robinson joined from Billericay earlier this month after a prolific spell in which he scored more than 50 goals last season and more than a goal a game this term before the move.

He opened the scoring in the 3-1 defeat to Dover in midweek, and looks good value to strike again.

Goals can be expected when the fiery attacks of Harrogate and Fylde meet, but the visitors look more likely to come away with the spoils.

Both teams have scored in ten of Harrogate’s last 11 matches, but they have been in a downward spiral lately and lost four of their last six league games.

That has allowed the Coasters to go ahead of them in the table on goal difference, and Dave Challinor’s side look well-poised to take the three points.