Magpies can fly away from fatigued Blackburn 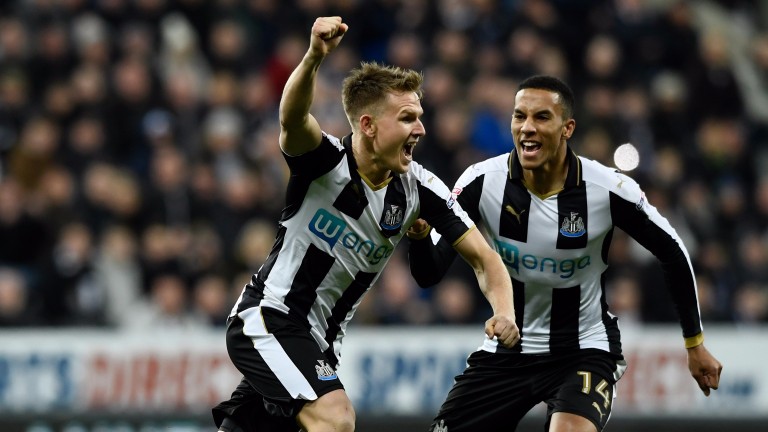 Squad depth is key during the busy festive period and Rafael Benitez's large pool of players could be decisive in Newcastle gaining swift revenge for Blackburn's surprise Sky Bet Championship success on Tyneside in November.

League leaders Newcastle don't need much in the way of a helping hand given their superiority to most in the division but the fact they beat Nottingham Forest 3-1 on Friday, while Blackburn played on Saturday must be another advantage for the Toon.

Benitez is happy to rotate his squad anyway and his bench included Yoan Gouffran, Mo Diame and Aleksandar Mitrovic on Friday.

Chancel Mbemba and Vurnon Anita were unused subs against Forest, which highlights why Newcastle are fancied for a swift return to the Premier League.

There is a slight concern over the midfield lacking creativity without the banned Jonjo Shelvey, but Matt Ritchie is proven quality at this level and striker Dwight Gayle has 19 league goals this season.

Blackburn upset the odds with the shock 1-0 win at Newcastle but that was a rare bright spot for Owen Coyle since he became Rovers boss and such is the ill-feeling towards him and Blackburn's owners there may not be much in the way of home advantage at Ewood Park.

Relegation-threatened Rovers thought they had gained a precious three points at Huddersfield on Saturday until Nahki Wells equalised with a last-gasp free kick in a 1-1 draw, although it would be wrong to suggest Blackburn deserved more from the match.

They were thrashed on the statistics - Huddersfield won the shot count 14-3 and Danny Graham's opener for Blackburn was their only attempt on target.

Blackburn had just 27 per cent possession and all that energy-sapping time spent without the ball could come back to bite with Newcastle fancied to run amok in the latter stages.

Newcastle
Jesus Gamez and Roland Aarons are injured and Jonjo Shelvey remains suspended. All of Newcastle's Africa Cup of Nations contingent have been cleared to play.