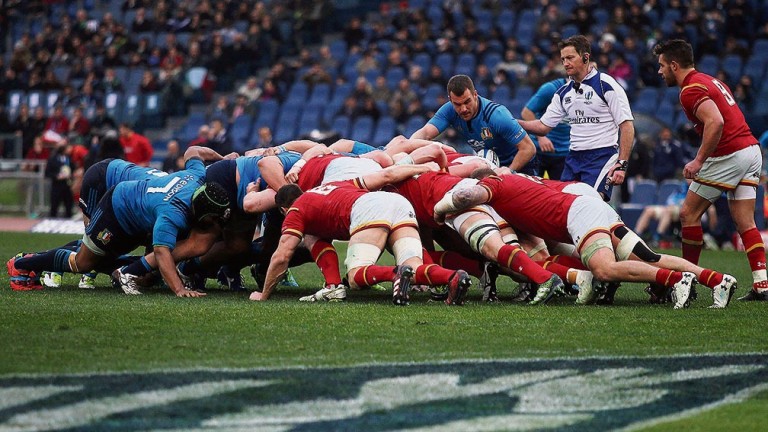 Imagine there was no racecourse at Kempton. Then imagine the Jockey Club suddenly announced it was going to spend somewhere between £100 million and £200m buying an area of land currently occupied by housing and building a racecourse there.

They then went on to reveal the racecourse would stage all-weather meetings and also the King George. People would suggest they had gone stark raving mad.

They would ask why anyone would spend all that money to build a racecourse there when you have one just three miles away at Sandown, which has hosted the King George perfectly well thank you very much.

That’s not to say I am for the closure of Kempton necessarily – I am sufficiently dubious about the project’s chances of happening that I don’t feel the need to start worrying just yet about the implications if it does get flattened.

It’s just another way of looking at it, in the same way that if the only form of cricket was T20 and then someone suggested playing matches over five days with two innings of indeterminate duration per side everyone would fall about laughing.

In the same vein, if rugby union’s primary format was the brilliant seven-a-side version I find it inconceivable that the more popular 15-a-side concept would ever have taken off.

Last weekend saw the start of the Six Nations, an event which grows in popularity every year. It was also the Australian leg of the global sevens competition.

I watched plenty of both and concluded the version that involves 14 players rather than 30 is monumentally superior in every way. Indeed if you watch sevens and then what most people would regard as proper rugby union it feels like getting out of a warm bath and into a cold one.

In the days of old union, despite being held back by absurd rules that allowed elongated spells of nothing whatsoever happening as the two packs lay on the ground trying to rip the ball from one another, it was commonplace to see players run past opponents, using dummies, shimmies or a searing injection of pace.

That was when forwards were lumbering brutes and backs were like whippets. Then they all developed the same build – huge musclebound giants who can run like the wind – and it became virtually impossible to run past a rival, thus turning the game into a futile British bulldog.

The full-fat version of rugby is now difficult to watch, even though, as players have increased in size, they have also improved their skills and now no longer drop the ball as if it is a wet bar of soap.

The trouble is simply that the players are too strong and there are too many of them on the pitch to enable people to do what used to make the game moderately appealing – get the ball, tuck it under their arm and leg it down the pitch evading tackles as they hared towards the tryline.

Any sport that causes pundits to speculate that what happens at the breakdown will be crucial has problems, the breakdown really shouldn’t be a thing at all.

But in the wonderful world of sevens, it is a refreshingly different picture. The players have the space and time to express themselves and as a consequence do things that are pleasing on the eye.

They are able to open their legs and run, they pass cleverly, they change pace and bamboozle their foes. It’s excellent.

And for those weirdos who actually like scrums there are little three-a-side versions that don’t take ten minutes to complete. In 15-a-side rugby the only way a sane person can enjoy a scrum is if they have sold total points, in which case it is a joy to watch the ludicrous process slowly unfold as the clock is somehow allowed to keep ticking.

Sevens is a marvellous sport, a vastly superior byproduct of the traditional form of union. It deserves to be its most popular format. Its players should be the ones that earn the recognition and the big money.

But that is for the people to decide. T20 is already pushing Test cricket into the distant shadows, and hopefully in time sevens will do the same to its outdated predecessor.

Five reasons why Eurosport can be a joy to watch

Last week it was announced an agreement had been reached between Sky and Discovery, the owners of Eurosport, that would ensure Discovery’s channels would still be included in Sky subscription packages despite fears they would disappear due to a dispute over money.

This was a considerable relief to those of us who, for all its quaint faults, love Eurosport for its unsophisticated but reliable coverage of certain sports.

Here, then, to celebrate the news, are my favourite five aspects of Eurosport output:

1 Cycling
If you are a fan of bike racing Eurosport is absolutely superb. Even though ITV4 now offers an excellent service, Eurosport has every remotely interesting race covered.

2 Snooker
As I have got older I have found snooker more enjoyable to watch, and Eurosport does it extremely well, not least when the terrific Neal Foulds is on commentary duty.

3 Football
They have less meaningful action in their portfolio these days, partly because BT Sport has snapped up plenty of the competitions they used to show, but their no-frills coverage still includes gems like the recent Africa Cup of Nations.

4 Tennis
My least favourite mainstream sport but when there’s a bet to be had it’s good to know you can click on channel 410 or 411 and there’s every chance you will get live pictures.

5 Winter sports
Long gone are the days when I could name the ten leading contenders for any World Cup downhill event, but it’s nice to sit and watch people hurtle down snowy mountains when there’s nothing else on, and from November to March Eurosport positively hums with snow-related action.

Valentine’s night event hard to fall in love with

The Jockey Club's PR machine, already bruised from its botched handling of the potential Kempton closure announcement, risks further reputational damage next week after it was decided to reveal the weights for the Randox Health Grand National at an evening ceremony rather than the traditional lunch.

Compared to the closure of Kempton it is an extremely small deal, but it still ranks as a highly questionable decision. If it helps generate greater interest in the world’s most famous race the switch to an evening event will be deemed a success and I shall eat my portion of humble pie, but I struggle to see how it will manage that objective.

The function takes place on Tuesday, when, apart from being Valentine’s Day which means a lot of people will be sitting in restaurants with their loved ones trying to think of things to say and avoiding the temptation to play with their phone, the Champions League round of 16 commences.

So the battle to be heard is not going to be easy, and the real problem is likely to be that those racing fans who are not watching Barcelona or sat in their local Italian discussing whether they or their partner should tell the bloke next door to stop his dog urinating on the buddleia are likely to get information overload on social media.

The weights are set to be revealed in batches between 8 and 9pm, which means every so often there will be a burst of tweets from around 30 journalists assembled at the venue carrying the same, not particularly fascinating, lists of horses and their allotted weights.

Meanwhile, the likelihood of the evening event generating a greater share of attention in traditional media forms like newspapers, websites and TV and radio is not especially strong given print deadlines are much earlier these days and, as stated, there is plenty of other sport taking place.

This is not a piece based on self-interest. Yes, it will make giving the news a decent show more awkward from the Racing Post’s perspective, but if the switch promised abundant benefits to the race, its new sponsor and the sport itself we would not mind the hassle one iota.

I’m just struggling to see what those benefits might be.