Magnificent Matsuyama threatening to win yet another title 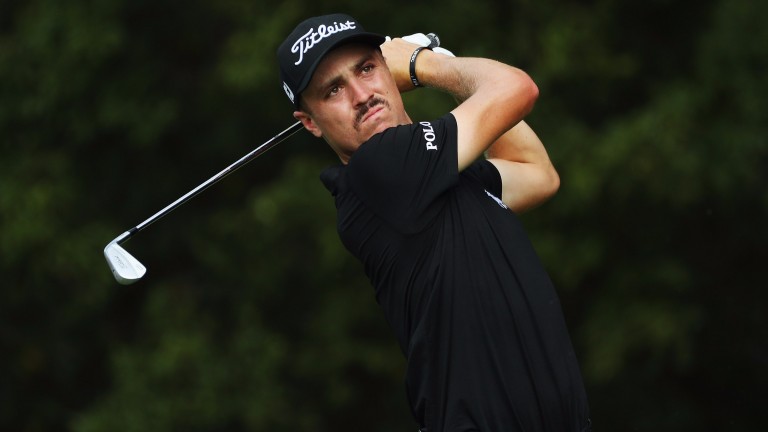 Justin Thomas leads by two shots going into the final round
Scott Halleran
1 of 1
By Steve Palmer 11:49AM, JAN 8 2017

Justin Thomas leads the SBS Tournament of Champions by two shots going into the final round and the 23-year-old is being laid at around the even-money mark with 18 holes to play.
Thomas, who successfully defended the CIMB Classic title for a second US Tour success in October, is looking for his first victory elsewhere. He was a best-price 22-1 at the start of the week.
Hideki Matsuyama, the most in-form player on the planet, is in second place. Matsuyama has won four of his last five events, finishing runner-up in the other, and a five-under-par third-round back-nine 32 has put him right on the tail of Thomas.
There is another two-shot gap to those in third spot, so Thomas and Matsuyama have established themselves as by far the most likely winners in the opening US Tour event of the year. Only one player has made more birdies than Jordan Spieth this week, but the defending champion has endured some disaster holes and needs a miracle from ten shots behind.

Jordan Spieth, Dustin Johnson, Justin Thomas and Hideki Matsuyama were the most appealing ante-post options at Kapalua. The first two have flopped and need a final-round firework display to rival the River Thames on New Year's Eve if they are to triumph, and the event appears to have become a Thomas versus Matsuyama shootout.
Thomas and Matsuyama duelled in the CIMB Classic in October, with the American finishing first and the Japanese second, but the runner-up in that contest has since taken his confidence levels skywards. Matsuyama has held silverware aloft at his previous three tournaments, two of which were in high-class company.
Matsuyama destroyed the WGC-HSBC Champions field by seven shots – an absolute masterclass in China – then he won the Taiheiyo Masters in his homeland by the same margin. The return of Tiger Woods was the main story in the Hero World Challenge, but Matsuyama sprinted clear of the field through three rounds, eventually winning by two.
Punters assessing the SBS Tournament of Champions outright market going into the final round are advised to side with Matsuyama over Thomas. The latter has a two-shot advantage, but the former has got into the winning habit over the last three months and will probably be more comfortable in the heat of Sunday battle.
This is not a bet to go crazy with – Thomas is a great talent who fired a pair of decent weekend 69s on his Kapalua debut last year – but there seems too much of a price disparity between the two at this stage. Matsuyama, who finished third on his Kapalua debut, still has some juice in him at 15-8. Thomas was unconvincing with putter in hand on the back nine in round three, while Matsuyama stepped up a gear.
The action resumes at 5.35pm UK and Ireland time (7.35am Hawaii time) and Coral have thrown a tempting carrot out for the opening match. Branden Grace has made a disappointing Kapalua debut, but the South African should improve today with three rounds of course experience to draw upon. Grace can outclass Billy Hurley in the opening twoball at 10-11.
Bubba Watson, getting used to a new ball and a new set of clubs, looks a vulnerable favourite against Aaron Baddeley in the 5.55pm match, while another player using fresh equipment also looks worth opposing.
Daniel Berger has just signed for Callaway, ditching TaylorMade, and has completely new clubs and ball. Dustin Johnson, who would be bang in the thick of things but for an ice-cold flat-stick in round three, is a surprisingly big price to beat Berger.