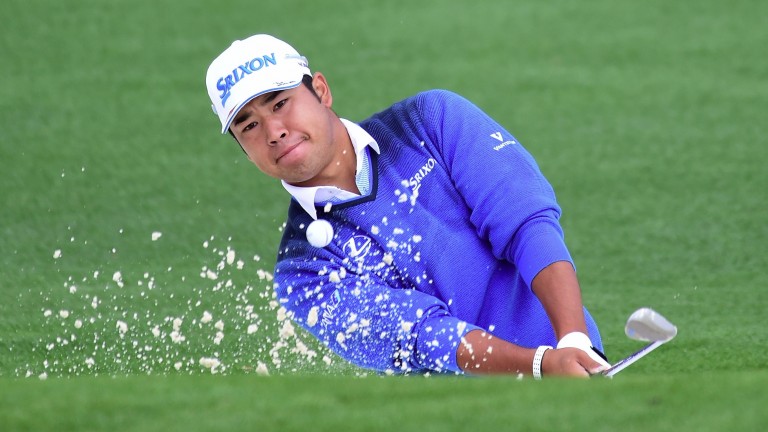 Hideki Matsuyama has sent bookmakers running for cover after his final-round masterclass in the WGC-Bridgestone Invitational on Sunday, the Japanese star being slashed for USPGA Championship glory.

The final Major of the season starts at Quail Hollow, North Carolina, on Thursday, and Matsuyama has sent out a clear message that he is playing well enough to win the USPGA. A bogey-free, nine-under-par 61 completed a five-shot Bridgestone triumph.

Matsuyama, bidding to become his country's first Major champion, could be backed at 25-1 for the USPGA before the Bridgestone, but no bigger than 12-1 is available in the wake of his Firestone heroics. World number one Dustin Johnson is the same price, with only Rory McIlroy (8-1) and Jordan Spieth (10-1) above them in the outright betting.

The layers are again offering enhanced each-way terms in a bid to attract Major custom. Coral have set the bar highest this time, with a fifth the odds the first ten places. Bet365, Betfair, Power and SkyBet are offering eight places.

The weather forecast for Quail Hollow is horrific for the tournament organisers, with suspensions in play almost certain. Thunderstorms are forecast all week and there has to be every chance the event will not be completed by Sunday night.