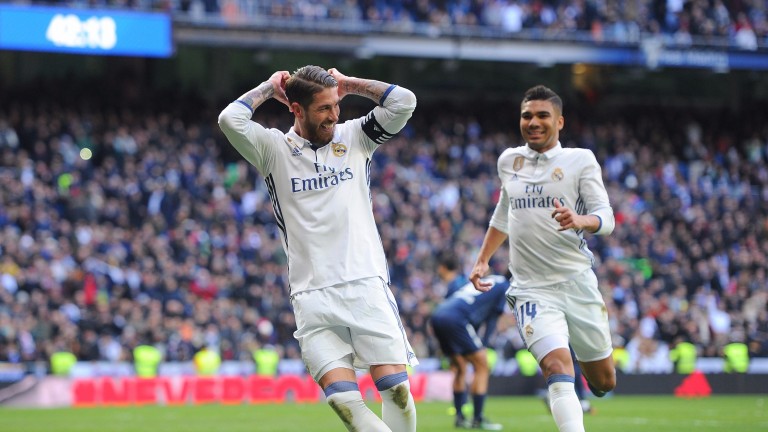 Betis v Barcelona Sky Sports 2, 11am
Barcelona's hopes of defending the Copa del Rey increased when Real Madrid crashed out of the competition this week and the Catalans can ratchet up the pressure in the title race by defeating Real Betis in Andalusia.

The Catalans have the best away record in the top flight and should outclass Betis, who have failed to score in three of their last four league matches.

Espanyol v Seville Sky Sports 1, 3.15pm
Seville's road woes are seemingly behind them but that may not stop them dropping points on their trip to Espanyol.

Los Rojiblancos have won three consecutive away outings - at Celta Vigo, Sociedad and Osasuna - but the hosts have lost just twice on home soil this term and could give Seville's title challenge a serious blow.

However, the Lions rarely triumph emphatically, winning won four of their nine home matches by a single goal and Sporting's last six away defeats have been by a one-goal margin.

Key stat
Sporting Gijon are winless in 17 away matches

Real Madrid v Real Sociedad Sky Sports 1, 7.45pm
Real Madrid made hard work of winning 2-1 at home to Malaga lost weekend but may have an easier time when Sociedad visit the Bernabeu.

Sociedad are a better side than Malaga but face Real just three days after a thumping 5-2 defeat at Barcelona in the Copa del Rey. Real Madrid crashed out of the same competition on Wednesday – losing 4-3 on aggregate to Celta Vigo – but are likely to respond quickly.