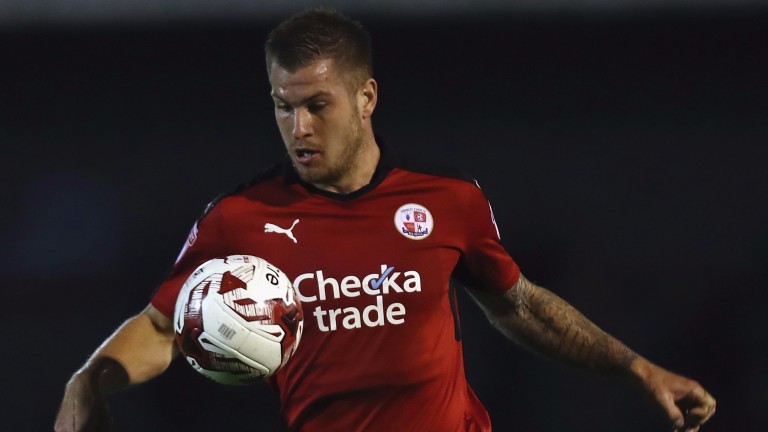 This summer at Racing Post Sport we have been busy enhancing a number of our football statistics with improvements to make it easier to pinpoint the value in the goalscorer markets.

Minutes per goal – both for the season and over a player's career – are better indicators of scoring prowess than simply goals scored, while readers can now see which players are the ones who regularly bag the opening goal.

Those who like to back players to score against clubs they have excellent records against are also catered for and on the opening weekend of the Football League season there is one debutant who stands out. 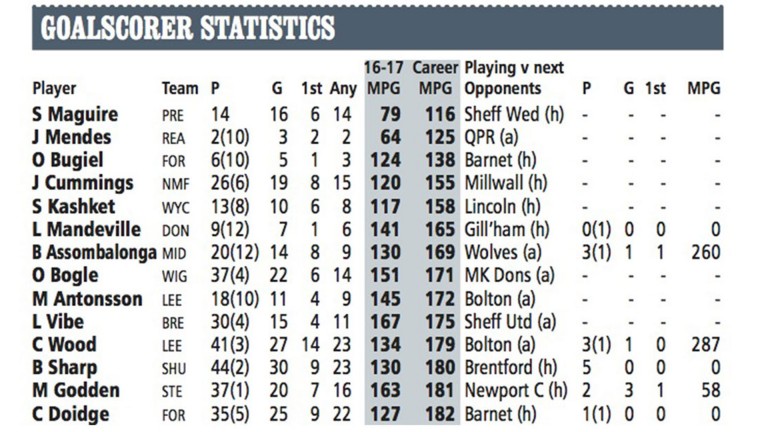 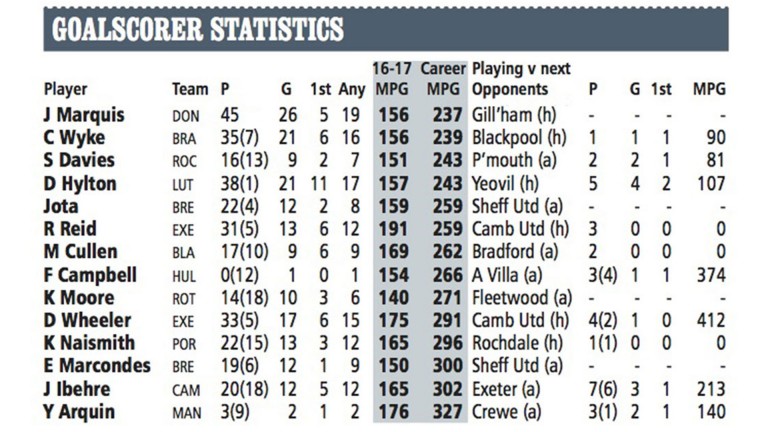 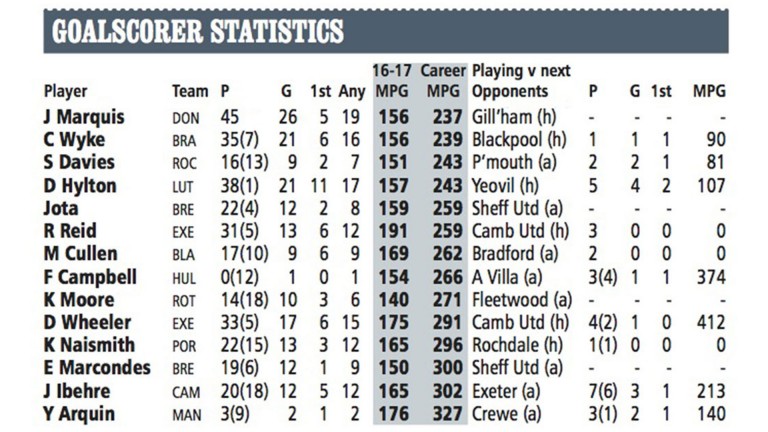 Luton’s James Collins has a solid career MPG rating of 224 (one goal every 224 minutes on the pitch) and was doing even better than that last season with a goal every 201 minutes for struggling Crawley.

Collins has got his move to a team expected to challenge for promotion and he should be a key man against Yeovil as fellow forward Danny Hylton is injured.

His MPG against Yeovil is an impressive 79 and Collins looks a decent each-way bet at 5-1 with Betfair and Paddy Power where the place terms are one third the first five goals.

Another favourite to follow could be Matt Godden of Stevenage, who had a storming first season in league football with a goal every 163 minutes.

Godden, a 6-4 shot to score at any time, bagged three goals against next opponents Newport last season for an MPG figure of just 58.

One of the most interesting signings of the summer was Fleetwood’s capture of Conor McAleny, who dazzled during a loan spell at Oxford last season.

McAleny has swapped Everton for the Cod Army and was sizzling last term, scoring a goal every 129 minutes last season.

The much-travelled 24-year-old faces Rotherham on his Fleetwood debut and should have fond memories of taking on the Millers having notched against them in his only previous outing.

McAleny is 15-2 with Betfair and Paddy Power for the opener and
16-5 to score at any time, which may interest some, while another man getting his first outing for a new club is Sean Maguire of Preston.

Maguire (11-4 to score at any time with bet365) was rampant in Irish football, recording an MPG figure of just 79 this season for Cork City. The question is whether he can make the step up to Sky Bet Championship standard, although we already know that Chris Wood is lethal at this level.

The Leeds hitman copped for first-goalscorer backers on 14 occasions last term and is 9-2 to break the deadlock at promoted Bolton tomorrow.

Bet on the opening weekend's matches at Soccerbase.com