Lukaku can make perfect start to life at Old Trafford

Hammers must stop their bogeyman 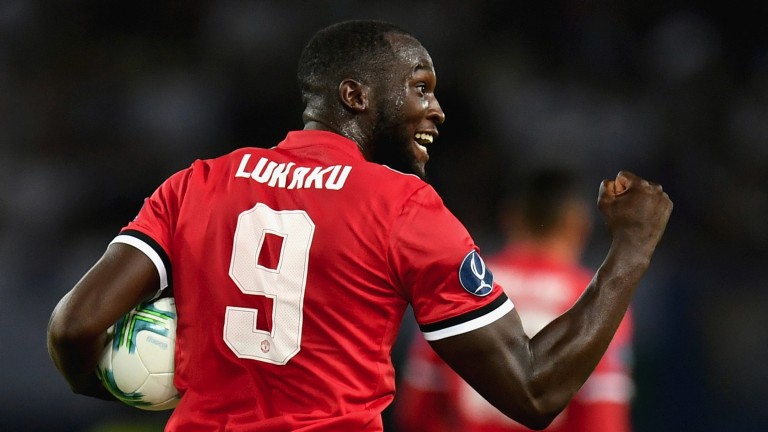 Romelu Lukaku was signed by Manchester United for matches like this.

Mid-table West Ham were one of ten visiting teams to grab a point from their Old Trafford visits last season as the Red Devils finished sixth in the Premier League.

In comes Lukaku with the theory being that he will turn many of those disappointing draws to vital victories after finishing the season with 25 Premier League goals for Everton.

Critics claim Lukaku does not score often enough against the elite teams, although he did notch a consolation in the European Super Cup defeat to Real Madrid on Tuesday and can continue his happy time against the Hammers with another goal.

Lukaku has bagged against West Ham on nine occasions and was on a run of seven straight scoring successes against them before firing blanks for the Toffees at the London Stadium in April.

However, this United side will be set up to feed the Belgian and he should gobble up plenty of chances, particularly with friend Paul Pogba being released from his defensive duties thanks to the arrival of Nemanja Matic from Chelsea.

One more wide player is wanted by Mourinho to complete his squad and even if that fails to come to fruition he must be pleased with his summer transfer work. The same is also true of opposite number Slaven Bilic following the arrivals of Joe Hart, Pablo Zabaleta, Marko Arnautovic and former United hotshot Javier Hernandez.

The signing of Hernandez gives West Ham a genuine goal threat inside the penalty box but the service to the Mexican will be key.

With Michail Antonio and Manuel Lanzini both sidelined for this trip north it may not be on this occasion that we see whether the hefty wage-bill rise has significantly improved the Hammers.

Zabaleta looked past his best during the final months at Manchester City and the protection from midfield will be lacking slightly with Cheikhou Kouyate also on the treatment table.

United have the attacking weapons to take advantage of those absentees and it could be a long 90 minutes for Joe Hart on his return to the Premier League following a season on loan at Torino.

Hart is 8-1 for a clean sheet which only highlights the task facing him against Lukaku and company.