Jupp Heynckes has sorted Germans out 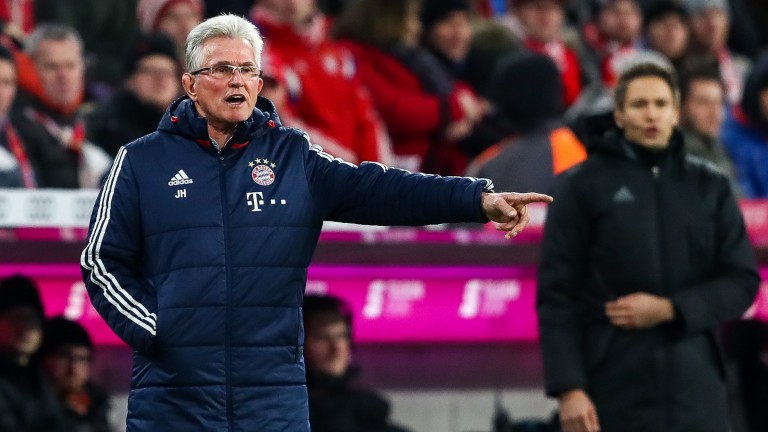 How they qualified
Carlo Ancelotti was sacked following a shambolic 3-0 defeat away to Paris St-Germain but replacement Jupp Heynckes soon sorted Bayern out. They won their last four matches, a run which included a 3-1 revenge mission against PSG.

Transfer action
The German giants were in need of a reserve forward in case of injury to Robert Lewandowski and Hoffenheim targetman Sandro Wagner, who came through the Bayern youth ranks, was seen as the perfect reserve.

Last-16 second leg
Besiktas 1 Bayern Munich 3
Two first-half Bayern goals made sure there would be no upset on the way to an 8-1 aggregate victory, although the Besiktas fans cheered their team until the final whistle as if they were about to lift the trophy.

Quarter-final first leg
Sevilla 1 Bayern Munich 2
Pablo Sarabia gave the La Liga side a first-half lead, but an own goal and a strike from Thiago Alcantara swung the game back in favour of the Germans and they take a lead back to Munich.

Prospects
Unseeded Bayern struck lucky in the draw when they were paired with Besiktas then Sevilla. They should be contenders under a wily coach with plenty of experience in the ranks.