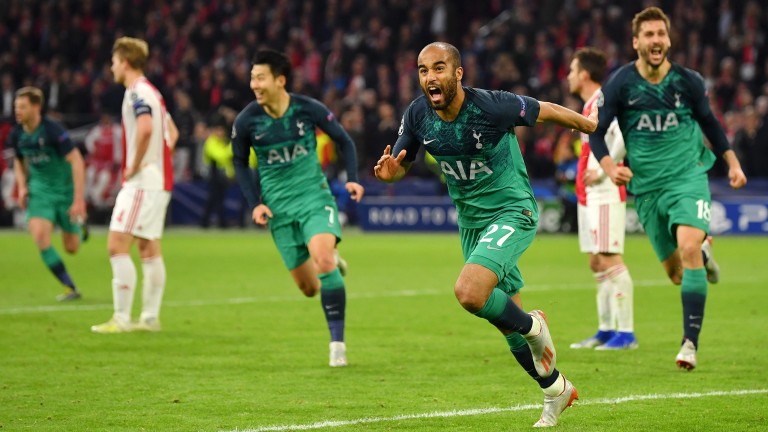 3-3 on aggregate. Tottenham win on away goals

Liverpool will play Tottenham in the Champions League final in Madrid on June 1 after a second-half Lucas Moura hat-trick rescued Spurs from a seemingly impossible position against Ajax in Amsterdam.

Already a goal up after the first leg in London, Ajax got off to the perfect start when Matthijs de Ligt scored with a header after five minutes and went 3-0 up on aggregate after Hakim Ziyech blasted in a shot later in the half to put them in a commanding position.

Dutch fans were in party mood at the break, singing along to Bob Marley's 'Three Little Birds', but they had plenty of things to worry about just minutes later when Moura scored two quickfire goals for Tottenham with just over half an hour remaining.

Both teams had chances and both hit the woodwork, but Ajax looked to have weathered the storm with the clock running down and the Amsterdam Arena was bouncing as the game entered the last of five minutes of added time.

Then, with virtually the last kick of the game, the ball bobbled towards Moura on the edge of the box and with a swing of his left foot he silenced the entire stadium - even the Spurs fans seemed in a state of shock and disbelief.

Liverpool are 1-2 favourites to lift the European Cup with Spurs 6-4 underdogs, but after two of the craziest semi-finals in Champions League history the only thing that seems certain is plenty of drama.