Los Blancos should have too much firepower 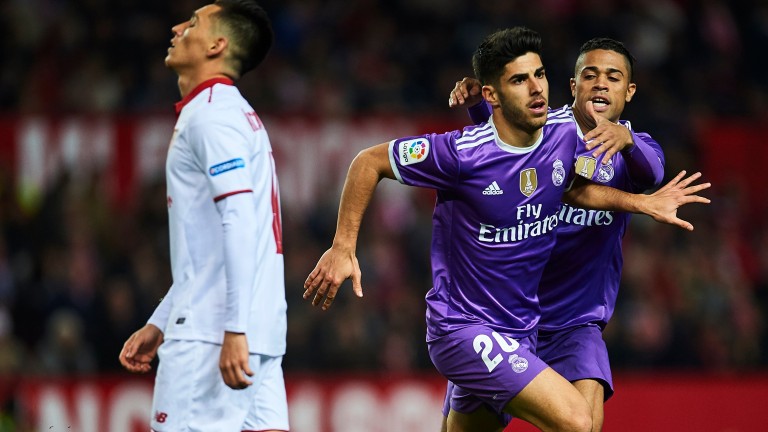 Real Madrid's 40-match unbeaten record came to an end when Stevan Jovetic netted a late winner for Seville on Sunday but Los Blancos are likely to regain the winning thread when they meet Celta Vigo in the first leg of this Copa del Rey quarter-final.

Zinedine Zidane's boys are long odds-on to earn a victory and they will be seeking a healthy lead before the teams meet again in Galicia on January 25.

Real's Copa progress has been serene so far. They beat minnows Leonesa 13-2 on aggregate in the last 32 and dished out a 3-0 hammering against Seville at the Bernabeu in the last round before confirming their passage with a draw at the Ramon Sanchez Pizjuan.

Zidane was happy to rest his star names against a team who are shaping up as genuine title rivals and he could do likewise when Celta come to the Spanish capital.

Even if Zidane does rest players, Real should have the squad depth to cope. If Cristiano Ronaldo and Karim Benzema are left out then he could hand starts to Alvaro Morata and 20-year-old Spaniard Marco Asensio, who scored a wonderful solo goal in the previous round. If he is named on the team sheet, Asensio is an interesting option at 9-1 to open the scoring.

Celta Vigo have won five matches in a row but none of those victories came against Spain's leading lights and they look up against it at a venue where they have not tasted victory since they were promoted back to La Liga in 2012.

The Celts have got goals in the side, though, and could trouble a Los Blancos defence that has proved to be porous on occasion.

Over 2.5 goals is quoted at just 1-3 with over 3.5 available at a shade of odds-on. With that in mind, backing Real Madrid to win and both teams to score looks better value.