Lorenzo sets the pace on the final weekend 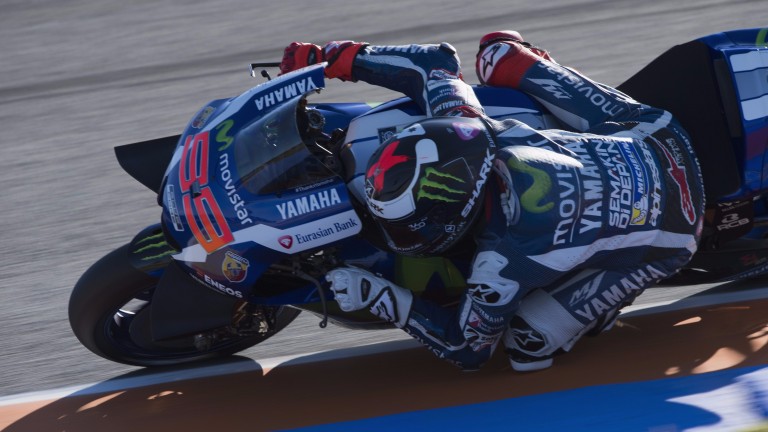 The major issues are already decided as the Moto GP field convene for the final time this season in Valencia this weekend.

Marc Marquez has secured the title and Valentino Rossi is assured of second place. But it was the third rider in the standings who dominated yesterday’s practice sessions and Jorge Lorenzo looks a solid favourite to go fastest in this qualifying session.

Marquez has stood on all three steps of the podium in his three top-flight visits to Valencia. It would be totally excusable if he eases off the pace with the title in the bag although he was in the top three in both of yesterday’s sessions.

Lorenzo has a fine record at the track, with three victories there, and should be fully motivated to win in what will be his final race for Yamaha, although the early 5-4 for pole was soon cut to 10-11.

Rossi has not won at the circuit since 2004 and if there is a value alternative to Lorenzo for qualifying it could be Maverick Vinales. The Spaniard was second on the grid the last time the tour visited his homeland for the Aragon race and though he tends to improve on his grid position on Sundays he may not be far from the front today.

The British GP winner is one of nine different riders to win this season’s races, the list having grown with Andrea Dovizioso’s success in Malaysia.

Dani Pedrosa returned to action after a period on the sidelines with a broken collarbone.